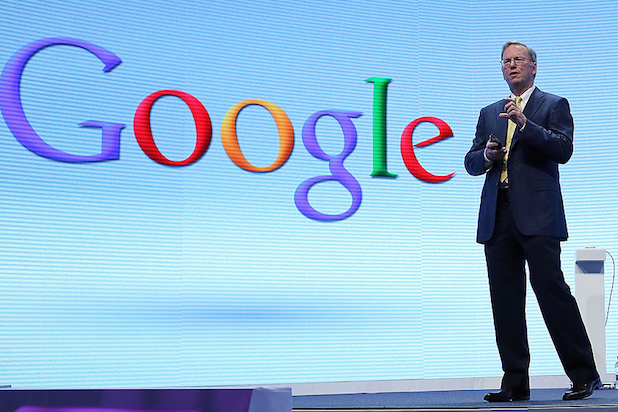 Google pressured an independent Washington think tank to fire staff involved with a press release praising the European Union’s $2.7 billion antitrust fine against the tech giant, according to the New York Times.

The New America Foundation posted the release in June, only to have it taken down and reappear hours later. The 10-member Open Markets team (part of New America), including director Barry Lynn, were soon “exiled” from the think tank.

And now non-profit advocacy group Content Creators Coalition is calling for a Congressional investigation into Google’s “Distorting Public Policy Debates.” “Google’s efforts to monopolize civil society in support of the company’s balance-sheet-driven agenda is as dangerous as it is wrong,” the group said in a statement on Wednesday. “For years, we have watched as Google used its monopoly powers to hurt artists and music creators while profiting off stolen content. For years, we have warned about Google’s actions that stifle the views of anyone who disagrees with its business practices, while claiming to champion free speech. Barry Lynn’s Open Markets initiative bravely raised important questions about the growing power Google has in our society. The Open Markets team raised important questions about Google’s dominance and provided a respected forum for others, including c3 Advisory Board Member Jonathan Taplin, to share their research on these issues.”

New America’s close connection to Google is said to have played a major factor in the decision to fire Lynn and Open Markets staff. Eric Schmidt, Executive Chairman of Alphabet — Google’s parent company — chaired New America until 2016 and reached out to its president, Anne-Marie Slaughter, to voice his displeasure. Schmidt, along with his family and Google, have contributed more than $20 million to New America since it was founded in 1999.

The shakeup had many of New America’s 200 staff members concerned Google would pull its funding from the organization, which has made itself a fixture on policy issues on the American Left. Lynn, who wrote the memo, was summoned by Slaughter and later fired. In an email to Lynn, Slaughter said the decision was “in no way based on the content of your work,” but accused Lynn of “imperiling the institution as a whole.”

“Google is very aggressive in throwing its money around Washington and Brussels, and then pulling the strings,” said Lynn to the Times. “People are so afraid of Google now.”

But on Wednesday, New America pushed back on the claim Google forced its hand on firing the Open Markets team.

“Today’s New York Times story alleges that Google lobbied New America to expel the Open Markets program because of this press release. I want to be clear: this claim is absolutely false,” said Slaughter in a statement. “As I reiterated to [Lynn] in June, his repeated refusal to adhere to New America’s standards of openness and institutional collegiality meant that we could no longer work together as part of the same institution. I continued, however, to seek a cooperative solution with Barry; unfortunately, I have been unsuccessful.”

Slaughter goes on to say Lynn was terminated, effective immediately.