Best-selling author R.L. Stine has inspired generations of children to read and write with his popular “Goosebumps” and “Fear Street” series, not to mention countless other books over the past 25 years.

Stine’s signature “Goosebumps” franchise has now leaped off the page and onto the big screen in a new Sony movie starring Jack Black and a host of the author’s creepiest creations.

Stine is hardly the recluse he’s lovingly depicted as in the movie, having recently appeared on a panel at New York Comic-Con to discuss how he still churns out fresh frights and delights at age 72.

With director Rob Letterman’s “Goosebumps” opening Friday, this longtime fan had the pleasure of speaking to the New York-based writer, who opened up about his writing process, why he doesn’t like the Stephen King jokes in the film and what actually scares him. We promise you won’t need to read this one under the covers with a flashlight.

How long ago did Sony option “Goosebumps” and what has the development process been like for you?
We had a movie deal probably 20 years ago at the height of “Goosebumps” back in the ’90s. At the time, Tim Burton was supposed to be the producer. But we couldn’t get a script we liked or decide what book or monster to do, so it just languished. There were 17 or 18 scripts and I sort of lost track of it entirely because I was busy writing the books. So time goes by and someone said, “Let’s not do a single book, let’s do all the early monsters and make R.L. Stine the main character who’s worried his monsters are escaping.” Suddenly, they had a story. 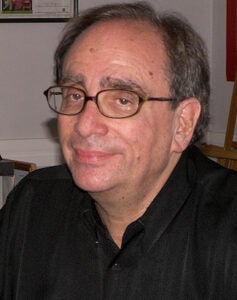 What was your biggest concern in Hollywood bringing it to the big screen?
As an author, you’re always concerned about how your work is going to be adapted, but I’ve been very fortunate. I’ve had three TV series and was very pleased with the “Goosebumps” TV series. Dan Angel and Billy Brown worked on that and then they did “The Haunting Hour” show. They just got what I do, and the combination of horror and humor, so I’ve felt very lucky up til now in television. Adaptations can be terrible — it happens to a lot of authors — and I had the same concern with this film. My basic input into the script was that it had a combination of laughs and scares, and it wasn’t just a horror film.

Jack Black plays you as a reclusive figure reclusive. Are you like that in real life?
No, I’m not anything like he plays in the film. When we met for the first time, he asked me, “What is there in the script that’s really you?” and I said, “Nothing.” I don’t use a typewriter. I asked my son, Matt, who should play me and he said, “Morgan Freeman,” which wasn’t too helpful. Here’s the worst line of all, and it’s devastating: People on Twitter said I should play myself, because who could play me better than me, and my wife said, “You’re too old to play yourself!” How horrifying is that, especially because it’s true?

How did your cameo come about?
Jack flew in last winter, in a blizzard actually, to meet me. We got along right away. We were kidding around and Rob Letterman said, “You have to do a cameo,” and I said, “Ooh, I have to go down to Atlanta?” I’m on for four seconds — not five — but I did have a line. I got paid $1,400.

When you’re writing, is it tricky to know how far to go with how scary a story is? After all, you’re writing for younger audiences and that’s a fine line.
It is a fine line but I’ve been doing it for so long. The challenge when you’re writing horror for kids is, if it’s boring, no one will read it, but if you go too far you’ll upset kids, which you don’t want to do. You can go pretty far, but my one rule is, you can have scary creatures and put kids in scary situations as long as you make sure the reader knows that it could never really happen and that it’s a fantasy. I try to keep really scary things in the real world out, because it’s a pretty scary world for kids these days. So no real life problems, just keep it like a fantasy.

I’ll admit, “Goosebumps” scared me as a kid, but what scared you?
This is the weird thing about me — horror doesn’t scare me. I never get scared by a horror movie or a book I’m reading. I remember reading EC horror comics and “Tales From the Crypt” and I always thought they were hilarious. Those comics were very influential, because they were gruesome and scary, but they had funny twist endings. My brother and I used to see horror films almost every Saturday afternoon — “The Creature Walks Among Us, “Creature From Black Lagoon,” “The Brain That Wouldn’t Die” — but I never got scared. To me, they were just funny. If a creature is eating somebody, I’m the one in the theater who’s laughing.

In the film, Jack Black has a daughter, but in real life, you have a son. Did you try out your material on him when he was younger?
Believe me, this is my son’s claim to fame — he’s never read one. Isn’t that horrible? He was the right age and he knew it would make me nuts. He brought books in for his friends and he’d sell them parts in “Goosebumps.” He’d say, “Dad, can you put Will and Jamie in the next one?” I think they paid him 10 bucks to be in a “Goosebumps” book. All he read were the “Goosebumps” comics.

There are some funny jokes in the movie about Stephen King. In real life, do you guys have a friendly rivalry?
No, there’s no rivalry at all. I’m Stephen King for kids, right? That’s me. For 30 years, I told people that I’ve never met him, and then last April I met him at the Edgar Awards. He came over and we had a nice chat and introduced our wives. I told him that a magazine once called me “a literary training bra for Stephen King fans” and he said, “Yes, I know,” which was kind of funny. Then he accused me of taking every amusement park plot that any writer could use, and using them all up. But writers don’t have rivalries, and the ones I know are all very supportive of each other. In all honesty, I don’t really like those jokes in the movie because they’re just not like me. I’d never brag and it’s not anything I would ever say.

What’s your process like? How long does it take you to write a “Goosebumps” book vs. a “Fear Street” book, and are you ever worried about running out of titles?
I outline every book before I write it and do a very complete, chapter-by-chapter outline of everything that happens in the book first. That’s what allows me to write a book. I do all my thinking before and it takes about a week, and then I can write one in two weeks because I’ve got it all in front of me and I can just enjoy the writing. I write 2,000 words a day and then I quit — and I write five or six days a week. “Fear Street” books take a little longer because they’re 50,000 words now. Kids like longer books these days.

As far as titles go, that’s where I start, and it hasn’t gotten any easier. It’s a lot more of a challenge. Every writer is asked where they get their ideas, but I don’t look for ideas, I just try to think of titles. The newest “Goosebumps” is called “Night of the Puppet People.” Well, are the puppets going to come alive or will the kids turn into puppets? I figure that out and then I get into the story. I work backwards, and always get the story from the title.

Have you ever wanted to branch out and try writing a book in a totally different genre?
I was never really interested in being scary, I just wanted to be funny. I did a humor magazine called “Bananas” and a few years ago I wrote a funny story called “Rotten School,” about the worst boarding school with the worst kids and teachers in history. I’ve done a couple of adult books, too, but I love what I’m doing so there’s no need to do something different. This age group is the best audience there is. I get them the last times in their lives that they’re going to be enthusiastic about an author, because they discover sex at age 12 and they have to be cool after that.

You recently celebrated your 72nd birthday. Are you thinking about retiring anytime soon, or will they find you slumped over your keyboard one day?
Do writers retire? I think you just drop dead on your keyboard. I’m still writing four “Goosebumps” and two “Fear Street” books each year, and I just did my first picture book. I wouldn’t know what else to do all day. I’m lucky I still have the energy to do it. 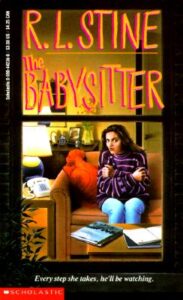 “The Babysitter” is my favorite book of yours and I’ve mentioned it to all of my Hollywood friends who work in development at studios. Has that been optioned?
No, it hasn’t. Jenny, that poor girl! In book after book, she’s in such trouble. She should get a new job!

What advice would you give aspiring young writers out there?
I usually don’t give advice to young writers because they’re like me — I knew I wanted to be a writer when I was 9 years old, so I didn’t need to be told to “write every day” and “read a lot.” But I do tell people to see what’s in the marketplace and what’s on bookshelves, to make sure their book will fit somewhere. Don’t try to write something for which there is no category. It’ll be so much harder for yourself.

Did you have a favorite monster that Sony Animation brought to life?
I love the lawn gnomes. I love the clink-clink-clink sound they make, and the giant praying mantis is amazing. I also love the Ferris wheel scene at the end, when [spoiler redacted].

What kinds of movies get you out of the house?
I try to see a lot of current stuff. I saw the Johnny Depp movie “Black Mass.” He gave the coldest performance I’ve ever seen. They usually they try to make gangsters charming and lovable, but this guy was not lovable.

What’s something about you that you wish more people knew?
I’m a huge opera fan and we go to the opera all the time, but that’s not good for a horror author. I love country music, too!