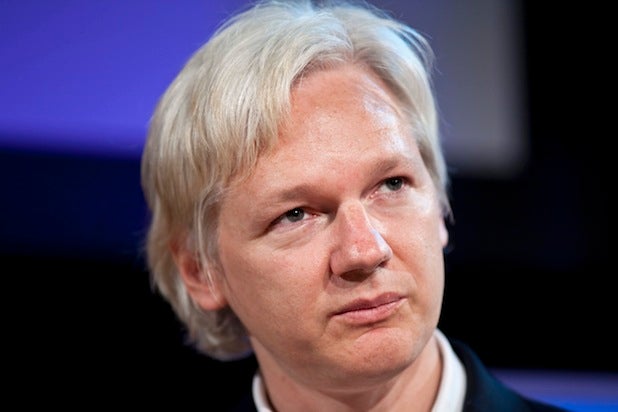 Republican California congressman Dana Rohrabacher contacted the White House earlier this week with an interesting deal: Pardon Julian Assange in exchange for what he said was evidence proving Russia was not the source of the now infamous hacked DNC emails published by WikiLeaks during the 2016 presidential race, The Wall Street Journal reported Friday.

In a phone call to President Trump’s chief of staff John Kelly on Wednesday, Rohrabacher described a possible agreement to pardon Assange or “something like that,” the Journal reported. In exchange for the deal, according to the report, Assange would provide a computer drive that would exonerate Russia in case.

While Assange has not been formally accused of wrongdoing, the U.S. government is looking into WikiLeaks’ release of secret government documents in 2010.

Rohrabacher confirmed that he spoke to Kelly but declined to elaborate.

“I can’t confirm or deny anything about a private conversation at that level,” he told the Journal.

Rohrabacher’s offer comes as Special Counsel Robert Mueller and congressional committees are investigating Russia’s involvement in the 2016 election, as well as the Trump campaign’s possible collusion with the Kremlin.

Trump has repeatedly denied the accusations.

Rohrabacher has earned a reputation on Capitol Hill as being  decidedly pro-Russia. A May NBC report, said fellow GOP lawmaker Kevin McCarthy once joked that “there’s two people I think Putin pays: Rohrabacher and Trump.”