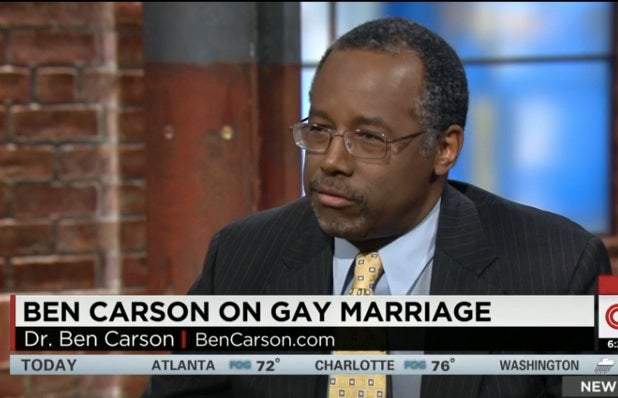 “A lot of people who go into prison go in to prison straight and when they come out they’re gay,” Carson said to Chris Cuomo.

“Absolutely,” Carson said in response to Cuomo’s question about whether being gay is a choice. Cuomo shot back that drug dealers go into prison and come out criminals.

“I am denying that’s the basis of understanding homosexuality,” Cuomo shot back on Carson’s theory of prisons.  The Republican presidential hopeful asked why “any two human beings” can’t obtain the legal rights afforded to married people without obtaining the title of being married.

“That does not require changing the definition of marriage,” Carson countered.

Also Read: Patricia Arquette Fires Back at Critics: ‘Why Aren’t You an Advocate for Equality for ALL Women?’