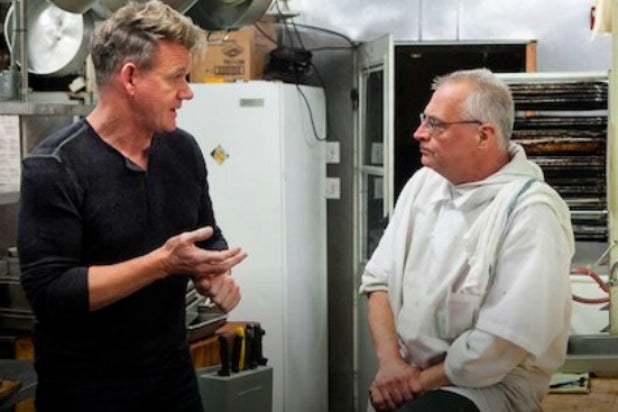 Gordon Ramsay’s latest show “24 Hours to Hell and Back” has been renewed for a second season on Fox, the network said Wednesday.

“Gordon gives 100 percent in everything he does, and he took on the task of turning these restaurants around wholeheartedly,” said Rob Wade, the president of alternative entertainment and specials at Fox Broadcasting Company.

“He may be these owners’ harshest critic, but he’s also their biggest champion, because he wants them to succeed. When all is said and done, it’s really Gordon’s heart that resonates with viewers, and we can’t wait to see who he helps save next season,” Wade continued.

The reality show features Ramsay visiting restaurants around the country on the brink of losing everything and fighting against the clock to turn it all around. To help the celebrity chef complete his task, he uses “Hell on Wheels,” a 70-foot-long semi-truck that turns into a state of the art mobile kitchen. At the end of the 24 hours, Ramsay presents the revamped restaurant.

“24 Hours to Hell and Back,” which has been a nice summer performer for Fox in the freshman run’s early going, is produced by Studio Ramsay. Ramsay executive produces with Michael Van Briesen, Chris Brogden and Layla Smith.

TV chef stops by TheWrap for a photo session and interview