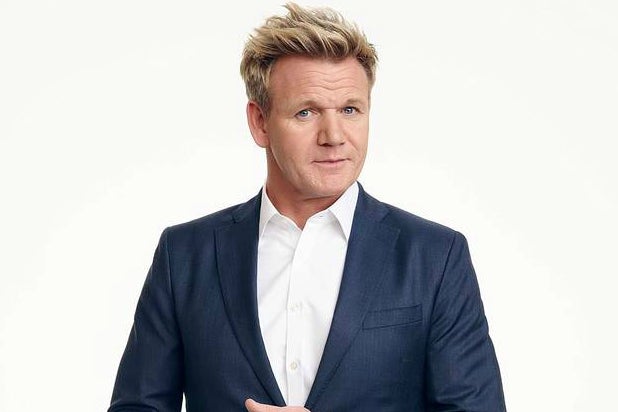 Fox has dished up a series order for Gordon Ramsay’s “The F Word,” TheWrap has learned.

Based on Ramsay’s hit U.K. series of the same name, foodie families from across the U.S. will battle it out in live cook-offs each week.

“We’re really ramping it up a notch with this new live cooking show each week, and I can’t wait for viewers to see the other surprises we have in store for each episode,” Ramsay said.

In addition to impressing Ramsay, each team must win over the hearts and taste buds of the diners, celebrities and VIP guests whom they’re serving.

“Gordon Ramsay is not only one of the biggest names in the culinary world, but his expertise, combined with his larger-than-life personality, also make for genuine event television,” said David Madden, president of entertainment for Fox Broadcasting Company.

“Gordon Ramsay stands tall in the line of great Fox stars, those unpredictable originals whom you simply can’t afford to miss, and ‘The F Word’ could come from no one but Gordon,” Madden continued. “Let’s face it, with Gordon live on television, the phrase ‘anything can happen’ takes on a whole new meaning.”

“The F Word,” which is expected to debut in 2017 on Fox, is produced by Studio Ramsay and All3 America. The series is executive produced by Ramsay, Greg Lipstone, Layla Smith and Chris Brogden.