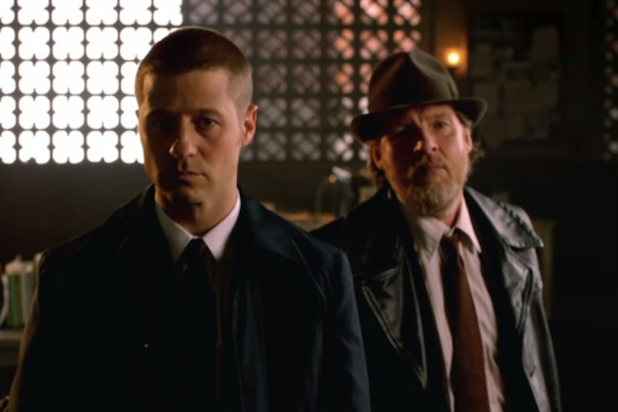 As TheWrap previously reported, series creator Bruno Heller already revealed his upcoming DC Comics adaptation will be dark and disturbing. “Violence, when you show it, should be disturbing,” he said.

The TCA named Gina Rodriquez of The CW’s “Jane the Virgin” most likely to become a breakout star. The adaptation of a Venezuelan telenovela also took second place in the Most Promising New Show category, with Showtime’s “The Affair” (starring Maura Tierney) coming in third.

“If the 2014 Fall survey results are any indication, we’re in for an exciting new season of television,” said TCA president and Salt Lake Tribune critic Scott D. Pierce. “This year featured a surprising number of close races, with the high-quality of both programming and performers giving our voters a tough time as they made their picks. From superheroes and murder mysteries, to out-of-the-box comedies and gritty dramas, this is one of the most eclectic seasons in recent memory, and I can’t wait to see how it all unfolds.”

The TCA is comprised over 220 professional TV critics and journalists from the United States and Canada. Here’s the organization’s full list of Fall picks: