The joke luckily wasn’t on “Gotham” fans Monday, as Fox released the long-awaited first look at Cameron Monaghan’s version of The Joker — er, “J,” as he’s known on the Batman prequel series. Yes, the series-finale teaser featuring the Dark Knight villain that Jeremiah has finally transformed into dropped on April Fools’ Day, but we assure you it is no prank.

Per Fox, The Joker will, in fact, make his “Gotham” debut on the drama’s final episode, “The Beginning…,” which airs April 25. And don’t forget you still have one more episode before that one, as the show returns with its first part of the two-part series finale, “They Did What?,” on April 18.

See The Joker — we mean J — in the teaser above and the poster below, in all his slightly-balding, purple-coat-wearing, laughing-madman-with-a-skin-condition glory.

The reveal of Monaghan’s take on The Joker is not the only character tease “Gotham” has doled out ahead of its big finish: last week, Fox unveiled a poster showing very little of Batman — but still more of Batman than the show has ever given fans before. You can check that out here. 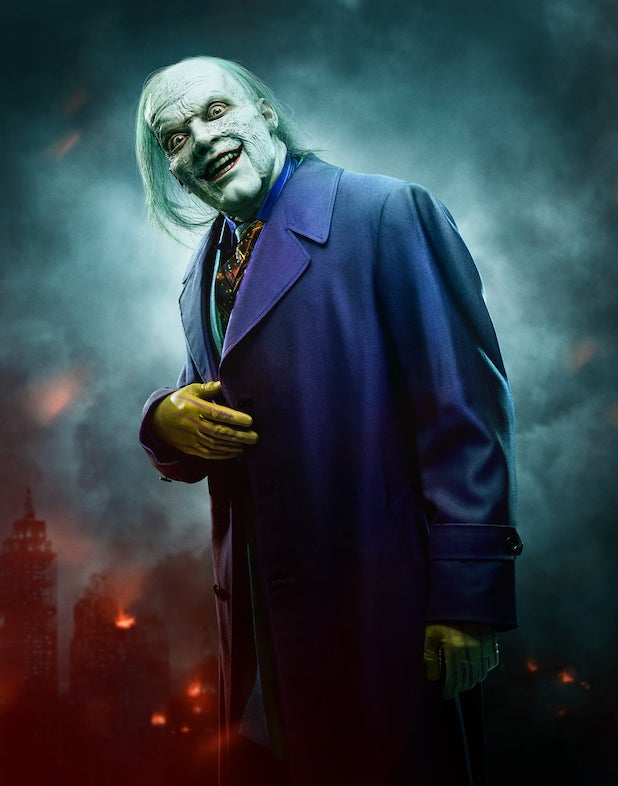