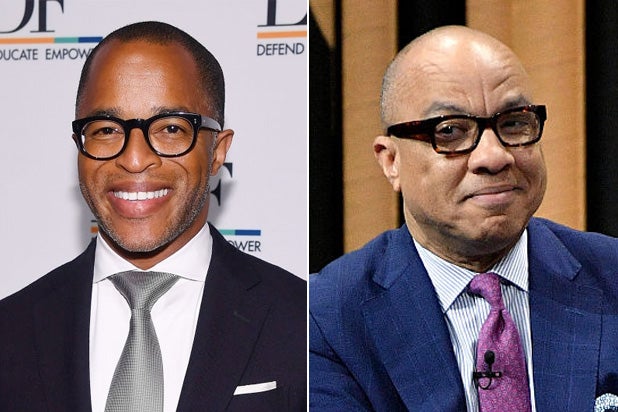 The photo snafu for “The Great White House Reporter Glow-Up,” was swiftly corrected, but not before being flagged for posterity by eagle-eyed Twitter users.

A rep for GQ declined to comment and instead directed TheWrap to an update inserted at the bottom of the piece, which was added after TheWrap reached out.

“A previous version of this story misidentified the subject of a photo as Jonathan Capehart. We have replaced the image and regret the error,” it read.

Capehart himself didn’t appear to mind the mixup, laughing it off in a tweet.

“Ok, y’all! This is hilarious! @darrenwalker is one of my closest friends AND a style guru of mine,” he said. “I can’t think of a better person with whom to be confused. In fact, that photo is from a party he threw for me in 2005!”

Ok, y'all! This is hilarious! @darrenwalker is one of my closest friends AND a style guru of mine. I can't think of a better person with whom to be confused. In fact, that photo is from a party he threw for me in 2005! https://t.co/88WGLgA7VK

The piece broadly focused on how the age of Trump had turned “ink-stained wretches” into “tightly tailored professional pundits.” In addition to Capehart, the story spotlighted the Washington Post’s Robert Costa, who noticeably slimmed down as his media appearances increased.

“Newbie contributors can receive $30,000 to $50,000 a year from networks expecting exclusive access to their on-camera analysis, while the top tier of in-demand reporters with well-established personal brands and truly unique access to newsmakers can command as much as $250,000,” the piece reads.

Regular viewers of cable news, particularly Fox, CNN and MSNBC, have all stocked their bench with contributors and regular guests drawn from the White House press corps.