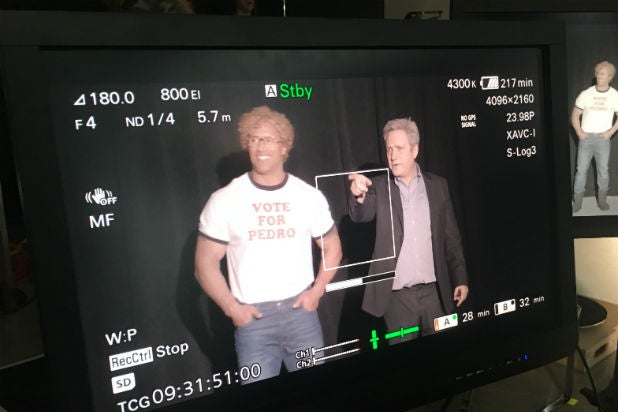 Conde Nast men’s magazine GQ posted an impressive 300 percent gain in video viewers  over last year thanks to the cheeky digital shorts the brand has been making with its cover stars.

The videos, like a scripted comedy short in which Dwayne Johnson auditions for sequels to “Goodfellas” and “Home Alone,” are responsible for 85 million views on the site alone. That’s not counting millions of views through third-party platforms like Facebook and the magazine’s YouTube channel.

The content represents a pivot from the traditional way video is used to promote magazine covers — which typically manifests as extended behind-the-scenes footage from photo shoots and a few quick sound bites from a star.

“We try to ask ourselves, ‘What’s going to feel like a natural fit?’ Super-funny, late-night types of things can be a perfect fit,” Executive Video Producer Dorenna Newton said.

Indeed, content featuring bold-face names has been boiled down into viral novelties over the past few years.

Take the success of SpikeTV’s “Lip Sync Battle” or the enduring power of “Carpool Karaoke,” currently airing as a web series exclusive to Apple TV. The GQ team pointed to an April cover featuring NBA star Steph Curry as evidence of how they’re trying to break out.

“We didn’t try to make him be funny or perform, but we had him do something that he was very passionate about — an intense game of street ball,” GQ Executive Digital Director Mike Hofman said of the clip, in which Curry plays a game of horse with unsuspecting high school kids.

“There are a lot of studios out there that wish that they produced films with The Rock and Robert Pattinson this year,” Hofman said.

Inside and backstage the best industry bashes with The Party Report

Jamie Foxx was among the slew of guests at the Bootsy Bellows' "Red, White & Bootsy" party at Nobu Malibu on July 4. He was joined by fellow Oscar winner Leonardo DiCaprio as the pair hung out at the VIP table.