GQ’s Men of the Year bash at the Chateau Marmont in West Hollywood on Thursday night was the kind of insular winners’ circle that turned superstars meeting for the first time into super friends. 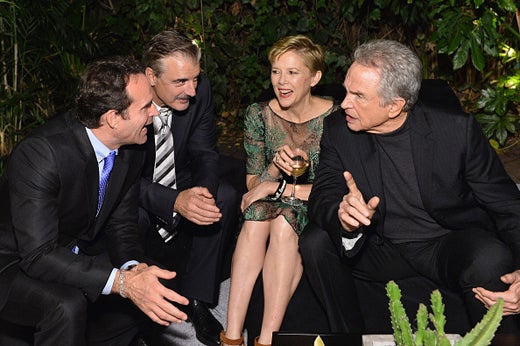 When GQ’s Jim Nelson and Jim Moore brought together “Westworld’s” Jimmy Marsden, “Mr. Robot’s” Rami Malek and Christian Slater, “The Night Of’s” Riz Ahmed, and current Best Supporting Actor frontrunner Mahershala Ali (“Moonlight”) even just for this grouping (top photo) — it could also have doubled as the Emmys’ Men of the Year portrait. 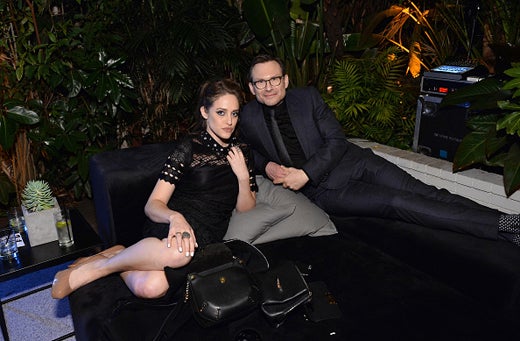 As those five huddled in the penthouse for a pre-game dinner, the pool and bungalow below filled with the three faces splashed on the cover of the end of year issue (Warren Beatty, Ryan Reynolds and Usain Bolt) as well as a mish-mash of cultural luminaries ranging from sports (John Elway, Marshawn Lynch) to mass market (Robert Pattinson, Kevin Hart, Nick Jonas, Sarah Silverman) to music (Wiz Khalifa, YG of “F–k Donald Trump” fame), to Oscar contenders like Joel Edgerton to bowtied oddity — Bill Nye.

“It’s like Westworld in here,” GQ writer Zach Baron observed. “The deeper you go, the wilder it gets. 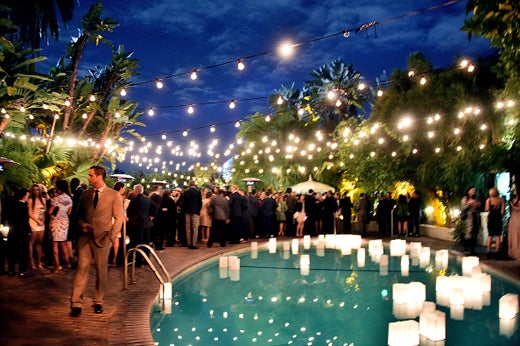 Beyond the cops directing traffic on Sunset Blvd., the maybe-on-the-list crowd left cooling their heels on the sidewalk, and the fans behind the barricades — here’s what happened at one of Hollywood’s great year-end, non-awards-related traditions. 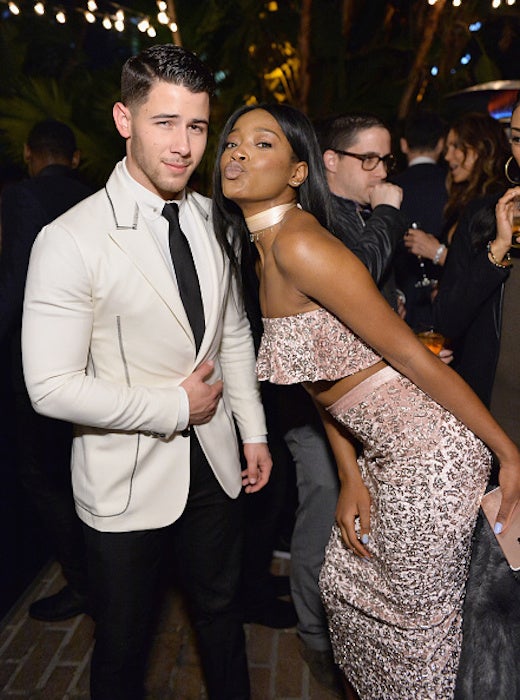 Editor-In-Chief Jim Nelson (below right, with Usain Bolt) is huddled in the corner with cover star Warren Beatty for at least half an hour. Beatty is showing him something on his phone as DJ Myles Hendrik is spinning The Weeknd a few feet away. 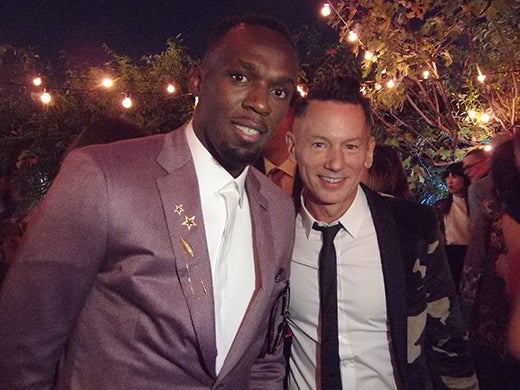 Jim Moore embraces the white-jacketed Nick Jonas in a warm hug. The VIPs have been congregating on a riser that has the only outdoor seating, safely tucked away from the perils of squishing through crowded bottlenecks near the pool. The temp is in the 40s (which is cold for L.A.) and everyone’s greatest fear is being “that person.” 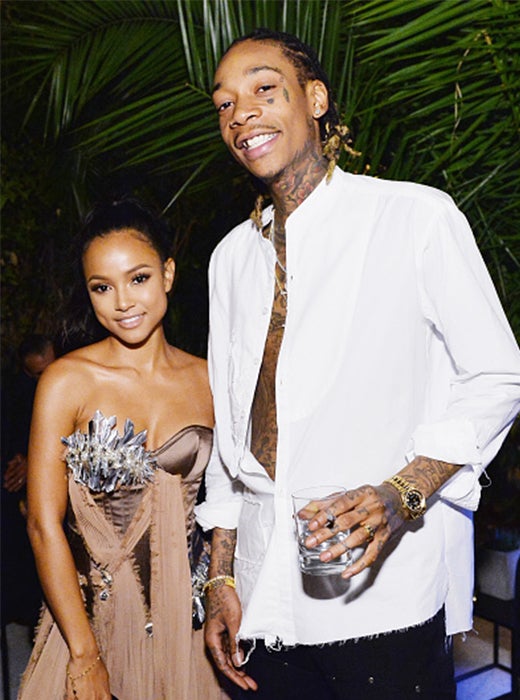 “I’m Smitty,” Luke Bracey says, introducing himself to a partygoer. The Aussie actor is referencing to his role as Andrew Garfield’s antagonist in the Mel Gibson-directed “Hacksaw Ridge.”

As a guy orders an entire bottle of white wine from the bar to-go, Kevin Hart’s height (or lack thereof) allows him to remain less conspicuous as people pass by him without craning their neck. Hart’s chatting with photographer Eric Ray Davidson, who may be the most popular person in the room. Davidson, with a white guy afro growing in, routinely shoots covers and features for GQ. 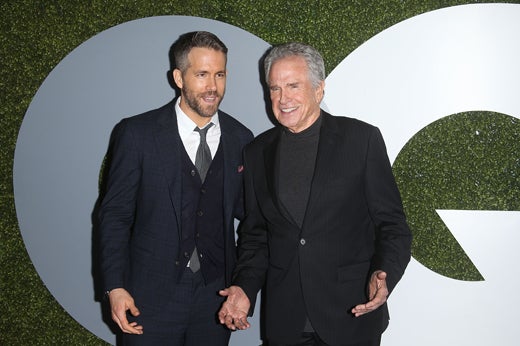 French Montana, who has been visible across the room due to his sparkling diamonds, has his shades on and is smoking a Newport near the DJ booth. He wants the DJ to play “Unforgettable,” a track that French released around his birthday last month.

Oddly, the track has been pulled down from YouTube, SoundCloud, and the other usual sources. 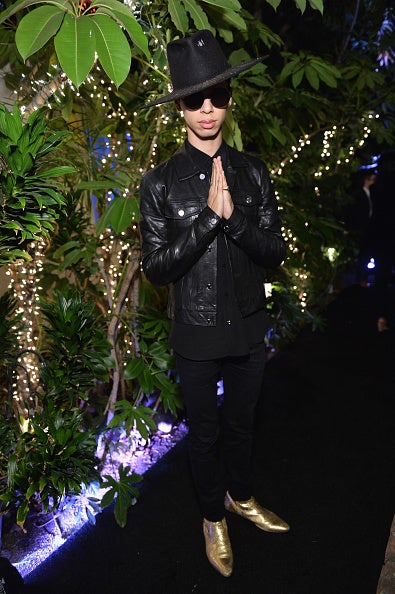 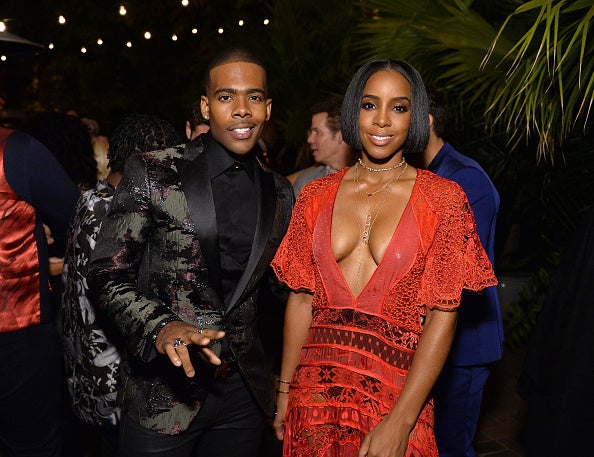 With his back to the pool, Denver Broncos GM John Elway is the black swan guest of the night. Rumor is he flew in from Denver special just for this event.

Did he watch his division rivals the Raiders and the Chiefs battle it out on Thursday Night Football earlier in the night? No. He knows Kansas City won and what that means for the playoff scenarios.

“We just need to win,” he tells TheWrap. Should we expect to see him on the Super Bowl party circuit in Houston?

“We still think we’re going to be there [playing in it],” he says. His wife, who is with him, is from the valley and told The Party Report she knows all the shortcuts for cutting through the hills. 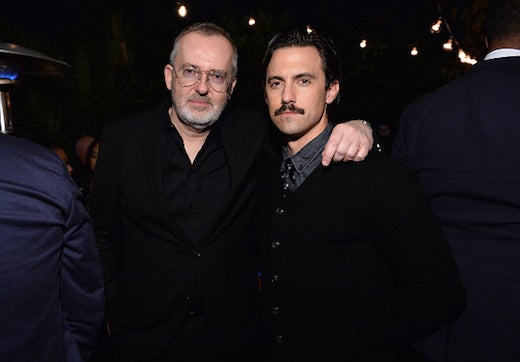 Wait, is that Robert Pattinson?

Pattinson and Rami Malek have been hanging out together inside Bungalow 1. The DJ is moving inside to comply with noise regulations. A few well-known execs from a well-known film company are starting the dance portion of the night and Pattinson and Malek  briefly half dance to Sister Nancy’s “Bam Bam” before deciding that the dance floor hasn’t reached critical mass. 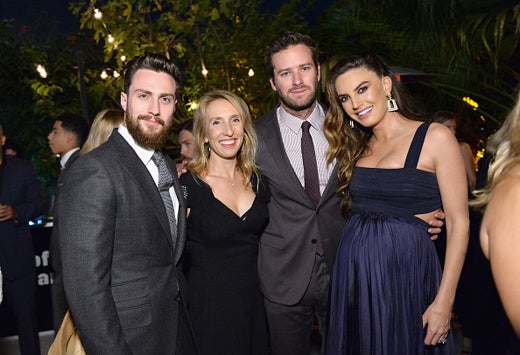 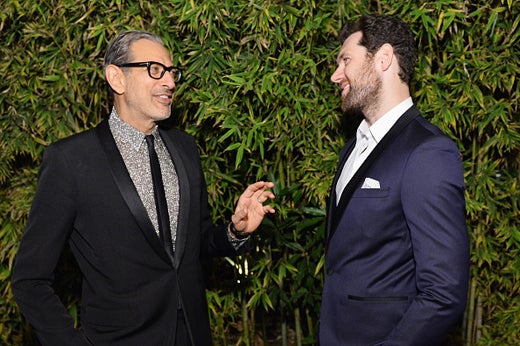 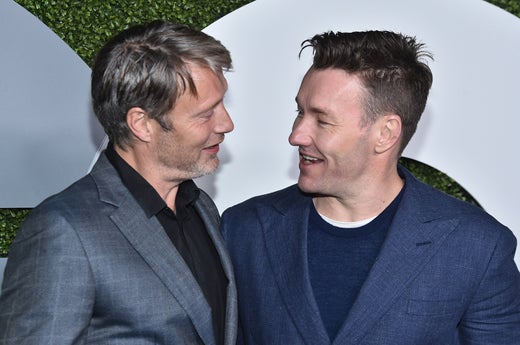 Sometime after midnight and before the party ended …

Surest sign of a good party in a Chateau bungalow: the bathroom is a war zone. 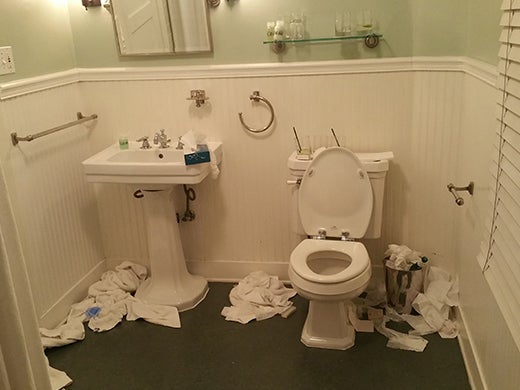 Inside and backstage Steve Aoki, The Chainsmokers, and Ryan Seacrest’s 2016 holiday music parties – and one rapper’s musical middle finger to the President-Elect, from the Party Report’s Mikey Glazer

Steve Aoki resurrected the legendary 2000's-era Hollywood underground party "Dim Mak Tuesdays" for one night only on November 30. The globetrotting producer celebrated his 39th birthday and the 20th anniversary of Dim Mak, the powerhouse label he started while at UCSB.