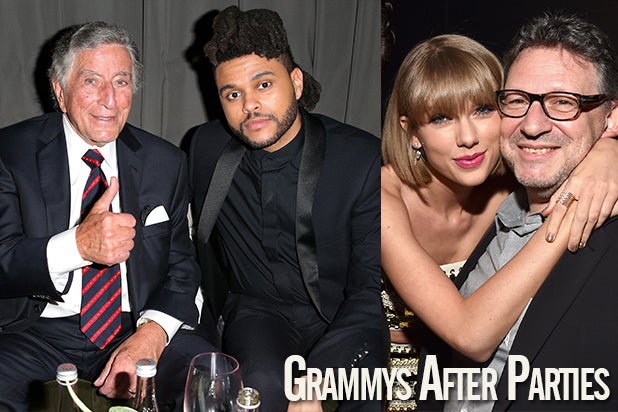 The performances during the first 209 minutes of Monday night’s Grammys earned high marks.

But the music’s biggest gathering kicked into high gear after the telecast at L.A.’s Staples Center.

From “Iron Man” director Jon Favreau DJ’ing on an “Iron Man” laptop at Mark Ronson’s house party with Lady Gaga, to Universal’s Staples-adjacent bash at the Ace downtown, to Warner Music’s ornate partyscape at Milk Studios, to Republic’s true-to-form young and rowdy gathering on Sunset, here are some of the top shots and moments from after the TV cameras turned off. 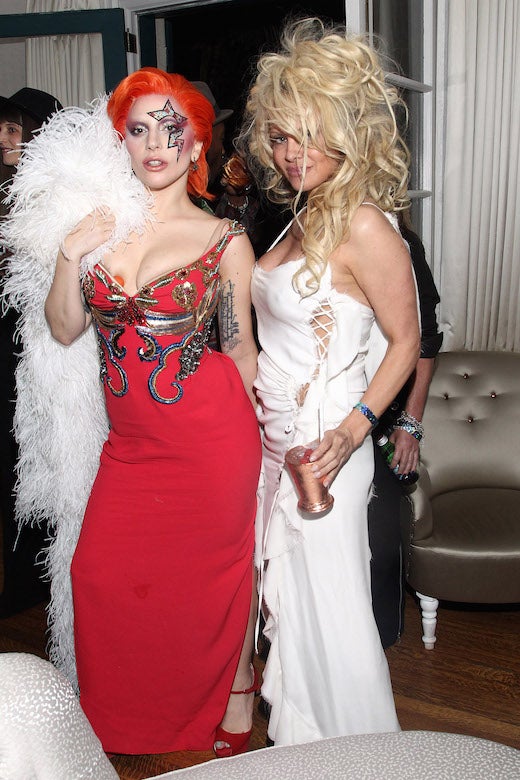 Jay and Beyonce snapped pics (none that we have to share) and Record of the Year winner Mark Ronson (for “Uptown Funk”) shared DJ duties with Jon Favreau, as Florence Welch tore up the dance floor. 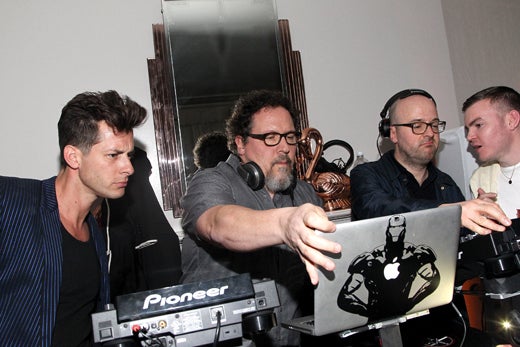 Check out that laptop: Mark Ronson and Jon Favreau do their version of a back-to-back set. (Tommaso Boddi/Getty Images for Absolut Elyx) 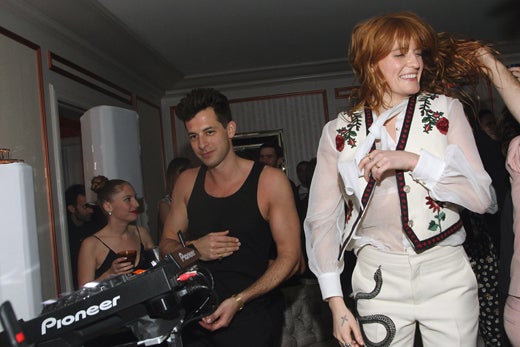 Is Tony Bennett Prepping for His Next Duets Album? 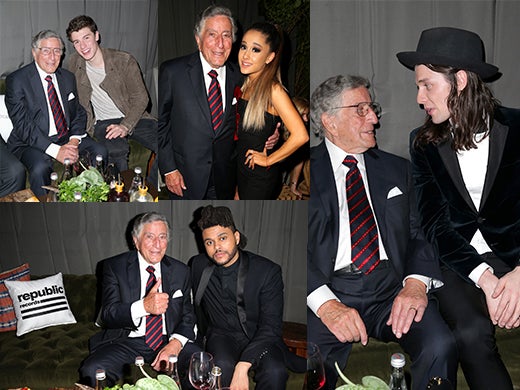 Echoing the cross-generational collaboration he did with Amy Winehouse years ago, Bennett welcomed an orchestra of young new artists to his nook at Republic’s party at Hyde on Sunset. From the top, Shawn Mendes, Ariana Grande, James Bay, and The Weeknd all spent time with the 89-year-old. 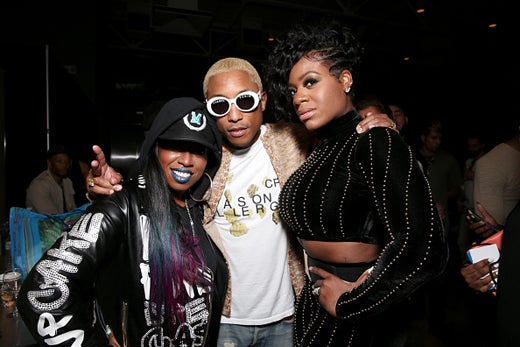 When Missy Elliott spotted Pharrell Williams at the front of her stage during her 30-minute set at Warner Music’s party, her enthusiasm for her collaborator exposed his presence at the party after Williams had dodged the entrance and appeared in the front corner undetected.

“Skateboard P, I love you so much. You’ve done so much for me,” Elliott said of super producer tucked in amongst the Tanqueray No. Ten table service. Then, realizing she had blown his cover, she continued, “I don’t want to blow you up. I know how it is.” 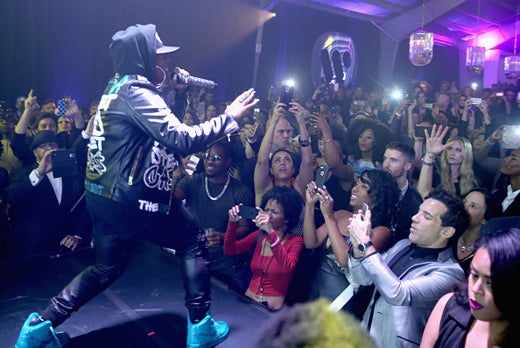 “If they want to see it (on social media), people should have been here!” Elliott said to implore the crowd to put down their phones and “have a party in here” to no avail.  (Todd Williamson/Getty Images for Warner Music Group) 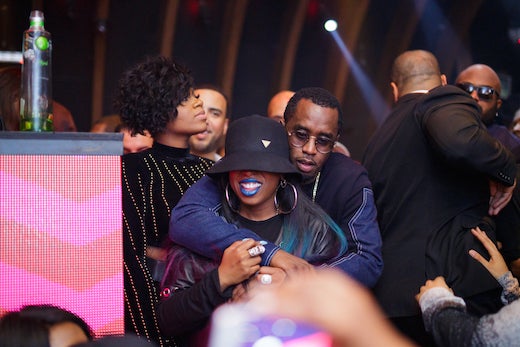 Missy would make the neon sign inside the club: “Ended up at 1Oak”. She also ended up with a spooning hug by Diddy. (BANFY) 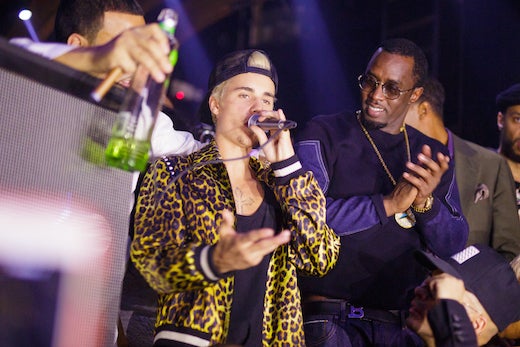 When Diddy brought J. Lo to the Grammys in “the green dress” in February 2000, Bieber was 5 years old. On Grammy night 2016, they shared a stage at 1Oak after the Biebs’ win. (BANFY) 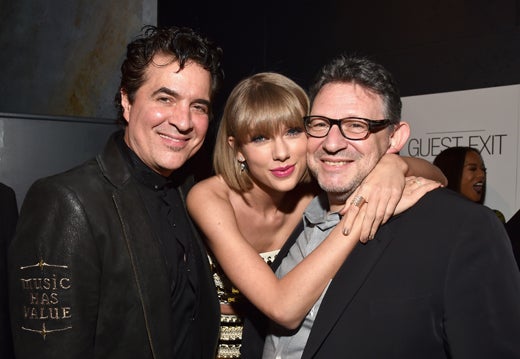 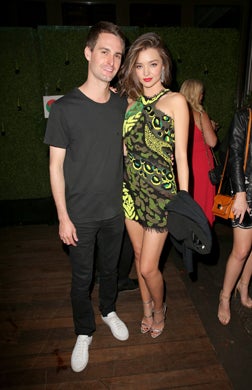 After attending Clive Davis‘ party the night before the show, Snapchat founder Evan Spiegel and Miranda Kerr continued their couple coming-out tour, hitting up two parties on Monday night, despite Kerr telling a group on the red carpet that she could not talk because she had lost her voice.

While speeches may not be in her future, politics could be. She lost her voice cheering for “everyone.” 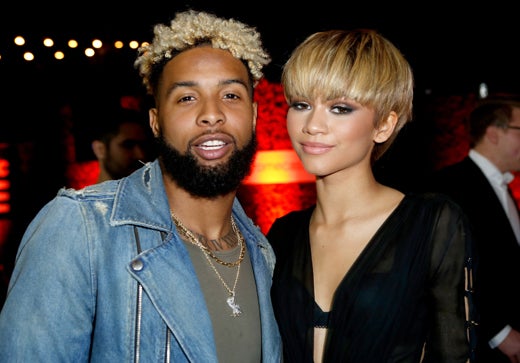 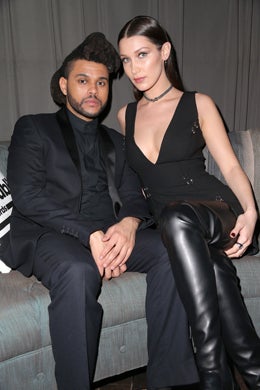 Not a Couple, But a Fun Hang 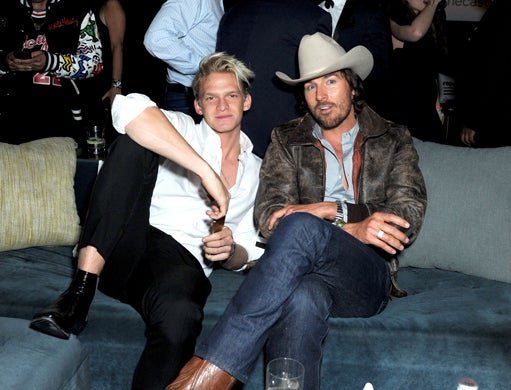 Party Now, Ratings in the Morning 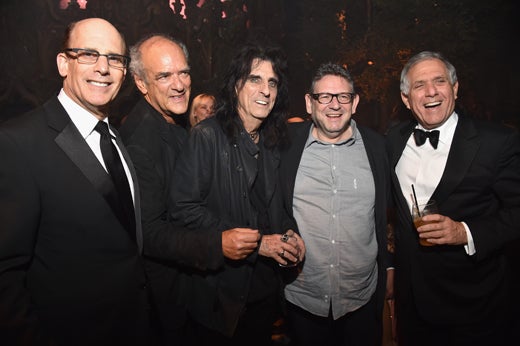 CBS Chairman Les Moonves (far right) had the Grammys as a home game, making it the second time in two weeks he had Beyonce, Bruno Mars, and Lady Gaga in a primetime special, following last week’s Super Bowl. He joined UMG’s Bruce Resnikoff, Alice Cooper, and Lucian Grange at the Ace downtown after the show. 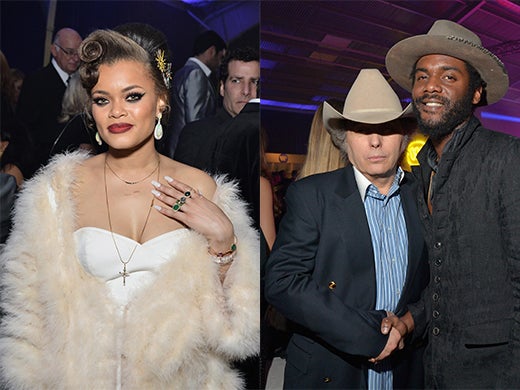 Warner Music Group owner and business tycoon Len Blavatnik told The Wrap about the artist surging on his personal music radar: “Andra Day (left). She’s new or relatively new, and she’s becoming a new star. She performed at Jimmy Iovine‘s wedding. She was the only performer. That shows you.”