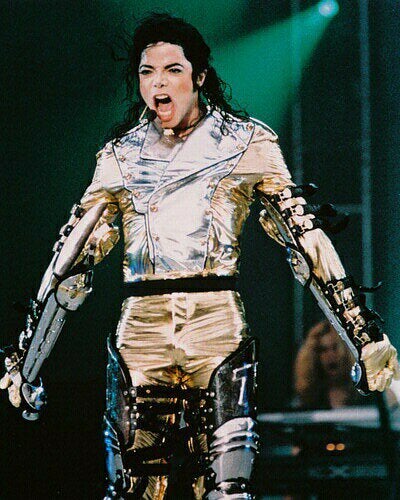 "In memoriam" clips are a standard part of any awards show, but they rarely come in three dimensions.

As part of a special salute to Michael Jackson, the Grammy Awards will feature the full 3D "Earth Song" segment from concert documentary "This Is It." Celine Dion, Jennifer Hudson, Smokey Robinson, Carrie Underwood and Usher will lend their voices to the tribute, singing along with the late Jackson.

"We’re not going to do what we did in the past – we did the original Natalie Cole/Nat King Cole duet," said Grammys executive producer Ken Ehrlich on a conference call Wednesday. "I love doing [those duets], because I love tying generations together. But you won’t see Michael lip-synching.

"You will see the film projected on the giant LED screen we have. Then we will be projecting evocative stills of Michael above that, reminiscent of the stills we used for his memorial service" in July at Staples Center, which Ehrlich also produced.

The 3D mini-movie entitled "Earth Song" centers on the need to preserve the environment and features Jackson’s hit song with the same title.

"It was one of the most important portions of the concert tour to Michael, and when Michael saw the film for the first time at his last rehearsal, there were tears in his eyes," said Ehrlich, a longtime Jackson associate.

Portions of the song were seen in the theatrical release "This Is It." "What’s different from the movie is that this is the complete performance of the 3D material," Ehrlich explained. "In the film it was referenced and a couple pieces of it were shown.

"I loved the movie," he continued. "it showed a side of Michael that very few people got to see, that those of us who worked with him saw often. It didn’t sugarcoat him. It was pretty honest. It showed him maybe not at his most obsessive, but not too short of that. But it also showed the human side of him, how kind he was to the people who worked with him."

Ehrlich had gone to see Jackson at Staples, where he was rehearsing for his live tour, the night before Jackson died. They were discussing Jackson’s plan to do a Halloween special for CBS, Ehrlich said.

For the Grammys’ tribute, Ehrlich said, "To try to imitate him, to try to represent him, it felt like something we shouldn’t do with one of those songs that you never want to see anyone but Michael perform. This is like a tip of the hat. This song was so important to him that the idea of honoring him by doing something that really meant something to him while he was alive, and now in his passing can continue the message that he wanted to deliver, was an opportunity that we didn’t want to miss."

"This very special Grammy moment will feature some of our most beloved Grammy winners, all of whom have a great love for Michael," Neil Portnow, president-CEO of the Recording Academy, said in a statement. "This segment promises to be an emotional highlight of this year’s show, and is sure to join the unique list of amazing performances for which the Grammy Awards have become renowned."

CBS and Target have partnered to provide free 3D glasses to viewers. From Jan. 24-31, Target stores nationwide will hand out glasses to customers.

However, Ehrlich said, "If you don’t have glasses at home, you’ll be able to enjoy this and watch it. If you’re home watching without glasses, you’ll see the performance in full.

"If you do have glasses, if you’ve gone to Target to get one of the millions and millions of pairs of glasses they’re handing out free, you’ll be able to see the full 3D effect of this," he continued. "The 3D aspect of it is not just limited to the film that was done, but we’re shooting the performances with 3D cameras as well."

Ehrlich said that, although it’s probably still a few years in the future, "the Grammys would love to be the first awards show to broadcast all in 3D."

As for other performances for this year’s Grammy Awards, Ehrlich wasn’t big on specifics: "You’re probably going to see Lady Gaga performing with somebody. You’re probably going to see Taylor Swift performing with somebody. And we’re working on something now in response to Haiti that’s pretty emotionally involving and will be a great performance, but I’m not ready to talk about it yet."

He said the Haiti segment was the music industry’s specific response, in contrast to George Clooney’s industrywide telethon Friday, and would include a charity component.

CBS airs the Grammys live at 8 p.m. ET on Jan. 31 from Staples Center in Los Angeles.