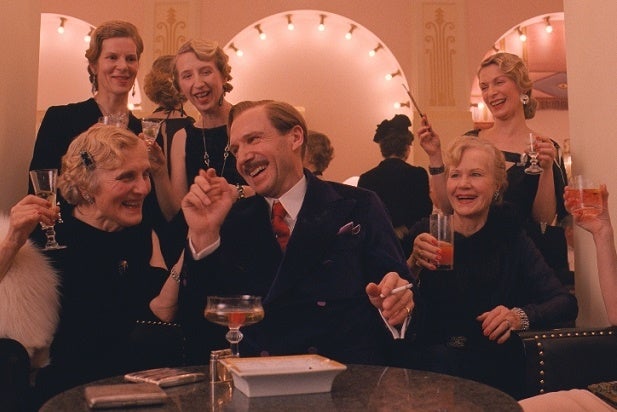 Writer-director Wes Anderson‘s “The Grand Budapest Hotel” is heading for $100 million at the overseas box office, and it’s getting a boost from Germany, where it was shot.

The quirky R-rated comedy from Fox Searchlight is up to $89 million from overseas with top markets Japan and Brazil still to come in June. With $51 million domestically since opening in early March, it’s at $140 million worldwide, and is the highest-grossing movie ever for the director of “The Royal Tenenbaums,” “Fantastic Mr. Fox” and “Moonrise Kingdom.”

“The Grand Budapest Hotel” was financed and filmed almost entirely in Germany, in the Saxony town of Gorlitz, which borders Poland and is not far from the Czech Republic. That proved ideal for a film set in the fictional central European country of Zubrowka, on the eve of war in the late 1930s. In it, Ralph Fiennes stars as the concierge of an elegant resort, and is joined by a raft of co-stars, many Anderson regulars.

The local connection has helped at the box office in Germany, which is the No. 1 foreign territory for “Grand Budapest.” It’s been playing steadily and is up to $8.7 million after taking in $334 000 this past weekend, its ninth in release there.

By the way, don’t bother looking for the hotel from the film if you happen to find yourself in Saxony. The interiors were shot in a Goritz department store, and the hotel in the movie was actually a miniature.