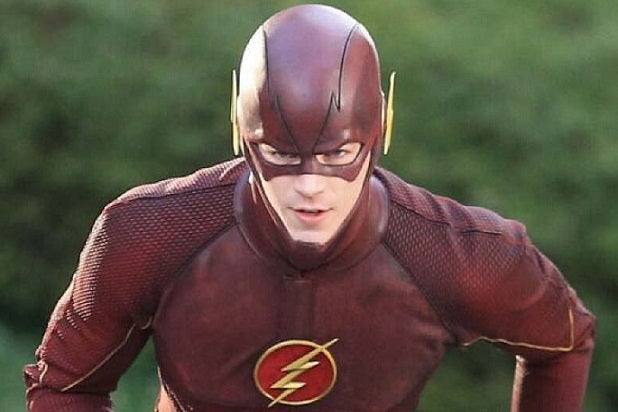 Zack Snyder has revealed why he didn’t choose Grant Gustin to play The Flash in the upcoming “Justice League” movie, despite the actor currently playing the character on the popular CW series.

“I just don’t think it was a good fit,” Snyder told the New York Daily News. “I’m very strict with this universe and I just don’t see a version where…that (tone is) not our world.”

Instead, Ezra Miller will play the super speedster in the film, which will begin production next month. “Batman v Superman: Dawn of Justice,” which sets up the DC Comics superhero team, premieres this Friday.

While fans of the TV series may be disappointed by the choice, it is within the canon of the DC universe for their to be multiple versions of the character. A major storyline in “The Flash” involves traveling to alternate universe Earths.

“Even if Grant Gustin is my favorite guy in the world and he’s very good, we made a commitment to the multi-verse (idea), so it’s just not a thing that’s possible,” Snyder said.

Marvel, on the other hand, has made efforts to connect its film and television worlds, though no true crossovers have occurred quite yet. Season 2 of “Daredevil” premiered on Netflix last week.

That series, which takes place in New York, has made repeated references to the events of the first “Avengers” movie, while there has been chatter about characters from Marvel Netflix shows joining a future Marvel film.