Granville Adams, best known for his role of Zahir Arif in “Oz,” died Sunday after a lengthy fight with cancer. He was 58.

“I lost my brotha today after a long battle with cancer. I don’t do well with loss because I’m unfamiliar with it,” Adams’ “Oz” co-star Kirk Acevedo tweeted. “Yo Granny we’ll be chopping it up on the other side one day. Until then… Rest easy my friend.” 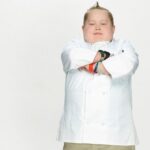 Adams made his plight with cancer public Dec. 5, 2020 when he posted a photo on Instagram, lying in a hospital bed. “F— CANCER!” he wrote. Moving forward, he shared his battle with his fans with subsequent posts. 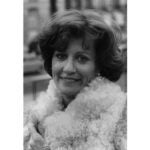 Also Read:
Cynthia Harris, ‘Mad About You’ Star, Dies at 87

In February, Fontana and Dean Winters organized a GoFundMe campaign on behalf of Adams and his family.

“As many of you know, our friend and brother Granville Adams has been diagnosed with cancer.  In only a few months, the medical bills have skyrocketed to astronomical levels.  Not only does he have to battle this ruthless disease, but now he has to fend off the hospital bills the insurance company refuses to pay.  In this quarter alone, the unpaid bills have piled up to $69,550.  We want to gather together and show Granville our love by clearing this quarter’s bills, giving Granville concrete support in his fight against this vicious disease.

Since Granville hasn’t been able to work for the past year, all the donations from this campaign will go directly to Granville and Christina’s account to help them pay the onslaught of bills that have been piling up; medical, rent, utilities, etc.

Please share this campaign with friends and fans of Granville and help spread the word using social media.”

Adams was best known for his recurring role as Zahir Arif on HBO’s “Oz,” playing a Muslim inmate serving time for assault and possession of stolen goods. He also had a recurring role on “Homicide: Like On the Street,” taking his character of Officer Jeff Westby to the “Homicide” TV movie the year following the series cancelation. He also appeared in “Empire” and the film “Magic City Memoirs.”

Adams is survived by his wife, Christina.