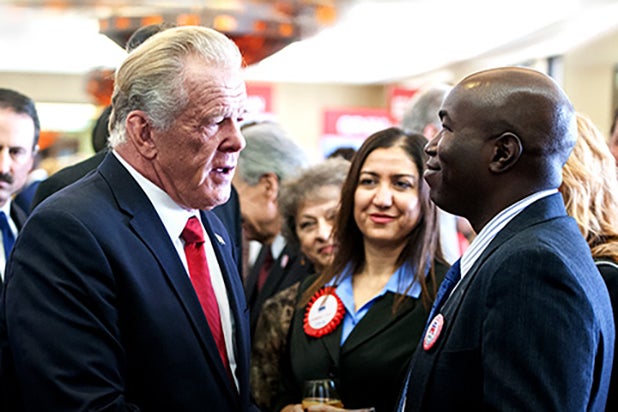 Epix has renewed both of its first two original scripted series for second seasons. “Berlin Station” and “Graves” are set for 10 more episodes apiece.

The Season 2 orders come ahead of each series’ sixth overall episode, which air back to back on Sunday. Production for both the drama and comedy will begin in early spring 2017.

“We’re incredibly proud of the work our creators, executive producers, cast and crew did on the first seasons of ‘Berlin Station’ and ‘Graves.’ These ambitious series represent the level of prestigious, cinematic and authentic storytelling we are committed to offering our subscribers,” said Epix President and CEO Mark S. Greenberg. “Both series are particularly timely and relevant and quickly found their place in the competitive TV landscape. We couldn’t be more excited to continue to tell these unique and compelling stories.”

“Epix is a great home for Berlin Station and on behalf of the entire team, we are excited to bring another season to life,” added Amy Powell, president, Paramount TV. “Audiences have found, and continue to discover, this smart series and should expect even more from our stellar creative team in Season 2.”

“Berlin Station” follows the activity of a CIA office in the midst of an investigation into a now-famous whistleblower. The series centers on Daniel Miller, a new arrival at Berlin’s CIA station who is on a clandestine mission to uncover the source of the Thomas Shaw leaks.

Richard Jenkins stars as Steven Frost, the head of the station, who carries the burden of his own secrets. Michelle Forbes plays Valerie Edwards, the no-nonsense Internal Branch Chief. Rhys Ifans stars as Hector DeJean, a dark, charming and tenacious case officer and old friend of Daniel. Leland Orser is Robert Kirsch, a devoted and successful deputy chief, and Tamlyn Tomita plays Sandra Abe, the assistant to Frost and a quiet presence lording over the efficient operation of the station.

“Graves” (pictured above) follows former two-term Republican President Richard Graves (Nick Nolte) on his quixotic quest to right the wrongs of his administration and reclaim his legacy 25 years after leaving the White House. His wife, Margaret (Sela Ward), decides to enter politics herself. The series also stars Skylar Astin as an over-eager assistant and Heléne Yorke as first daughter Olivia, who moves back home when her life spirals out of control. Chris Lowell is Jeremy, the underachieving first son who returns home from war in Afghanistan. Callie Hernandez co-stars as Samantha, the free-spirited waitress who becomes the President’s muse.