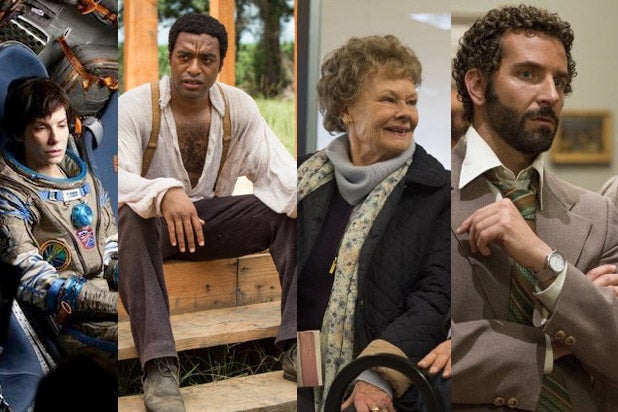 Investing in prestige movies brought a strong return-on-investment this year — especially for those who bankrolled the nine Best Picture Academy Award nominees.

When it came to the biggest bang for the buck in 2013, size mattered: “Gravity,” one of the most expensive nominees at $100 million, made that back more than six times over with $700.9 million worldwide — the highest return on investment (ROI). (That flips the script from last year, when “Beasts of the Southern Wild,” the lowest-budgeted nominee at $1.5 million, grossed $22 million — more than 10 times its budget.)

Of course, finding out what films actually make money is nearly impossible. Theater owners get a cut of ticket sales and production budgets do not include marketing and distribution costs, but box office grosses can give a sense of which films have the best shot of turning a profit.

This year, nearly all the contenders have doubled their production budgets; four have earned north of $100 million. But they’ve made just shy of $800 million domestically overall, while 2012’s nominees — a group that includes “Zero Dark Thirty,” “Lincoln,” and “Life of Pi” — pulled in more than $1 billion stateside.

So what other films proved to be big ROI* winners? Here’s the breakdown:

*To calculate ROI for each nominee, TheWrap took the film’s gross, subtracted its reported cost and then divided that figure by its budget before multiplying by 100 to get a percentage.