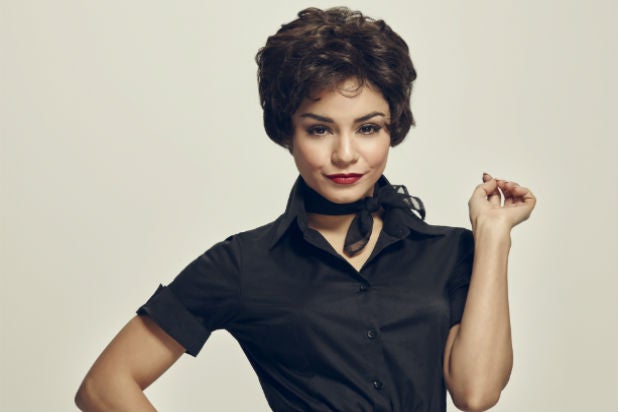 If you didn’t shed a tear when Rizzo belted out “There Are Worse Things I Could Do” last night during “Grease: Live,” you either have no soul or were simply uninformed on Vanessa Hudgens real-life circumstances. Heck, a ton of people even had to rewind and watch the poignant performance again.

Per TiVo Research, 9:26 p.m. ET — when Sandy (Julianne Hough) stands up for Rizzo (Hudgens) after Patty makes fun of her pregnancy, and then Rizzo begins “There Are Worse Things I Could Do” — was the most rewound and re-watched minute of the Fox live musical.

The heartbreaking tune was particularly more so considering Hudgens’ father passed on Saturday night following a battle with cancer. The actress went on with the show 24 hours later in his honor, and certainly did dad proud with her performance.

Up next in the TiVo Research rankings was the smooth T-Birds performance of “Greased Lighnin.'” At exactly 8 o’clock, the fellas made an impressive costume change, as does the titular car.

In third was the impressive broadcast’s closing moments, as the main cast and a large crowd celebrate with some more “Hand Jive.” In fourth place on the night was the sharply shot drag race at Thunder Road.

Rounding out the Top 5 was the original “Hand Jive” moment, as Danny (Aaron Tveit), Sandy and Cha-Cha figure out that three is most definitely a crowd.

Check out the full Top 10, complete with timestamps and descriptions: