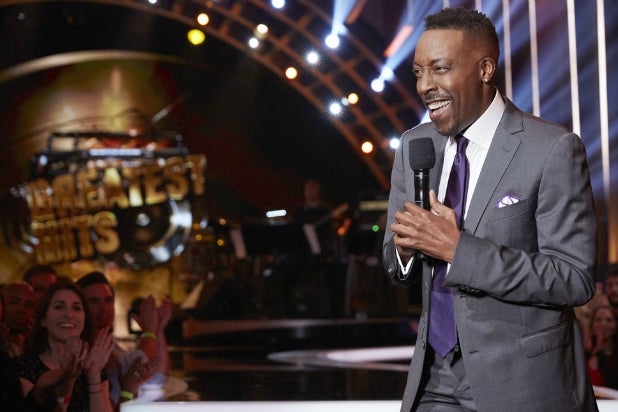 It was a good night for “Greatest Hits.”

The ABC freshman summer series soared 50 percent in both the key 18-49 demographic and among total viewers on its season finale. It didn’t hurt that the Arsenio Hall-hosted show went up against an “American Ninja Warrior” rerun.

That doesn’t mean that ABC topped Thursday, however. CBS won the evening, and NBC finished second in primetime.

CBS was first in ratings with a 1.2 rating/5 share in the advertiser-coveted 18-49 demographic and in total viewers with an average of 5 million, according to preliminary numbers. Following reruns, “Big Brother” scored a 1.9/7 and 5.9 million viewers. Another repeat followed.

Fox, Univision and Telemundo tied for fourth in ratings, each with a 0.6. Telemundo had a 3 share, Fox and Univision both got a 2. Fox was fourth in total viewers with 2 million, airing just a two-hour “Home Free” finale; Univision was fifth with 1.7 million; Telemundo was sixth with 1.6 million.

The CW was seventh in ratings with a 0.3/1 and in viewers with 1.2 million, airing only reruns.

Season 7 of "The Walking Dead" is right around the corner, and these first look photos tease plenty of action to come.