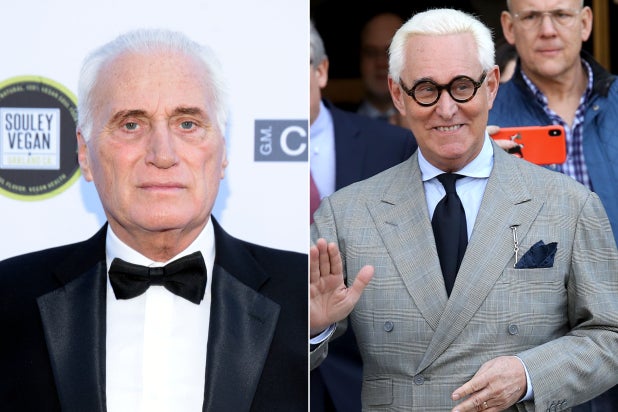 Cortese’s role is currently slated for one episode. He is currently shooting his scenes for “The Loudest Voice” this week in New York, all of which will be opposite Russell Crowe’s Ailes. Stone is a longtime informal political adviser to President Donald Trump and self-proclaimed “dirty trickster.”

Cortese is coming off his role as Gio Loscudo in Peter Farrelly’s Oscar-winning “Green Book.”

“The Loudest Voice” is based on former New York magazine reporter Gabriel Sherman’s best-selling book, “The Loudest Voice in the Room.” The limited series about the former Fox News chairman will debut this summer.

The miniseries will detail Ailes’ rise to power and how he built Fox News into a cable news behemoth, as well as address the sexual harassment accusations and monetary settlements that brought his Fox News reign to an end. Ailes’ tenure at the network ended in July 2016 following a lawsuit filed by Gretchen Carlson, who accused Ailes of sexual harassment. More women followed Carlson with similar accusations against Ailes. He died in May 2017 at the age of 77.

Stone was indicted earlier this year on charges stemming from Special Counsel Robert Mueller’s probe, including making false statements to Congress, interfering with a congressional investigation and witness tampering. He has denied the charges, and is scheduled to go on trial in November.