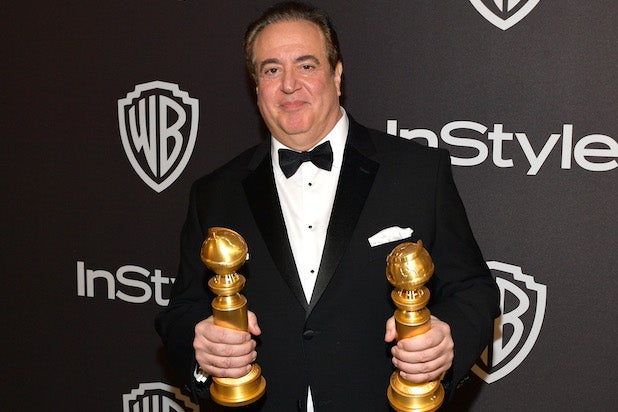 “Green Book” writer and producer Nick Vallelonga has deleted his Twitter account after one of his old social media posts from 2015, in which he seemed to back Donald Trump’s claim that New Jersey Muslims cheered on 9/11, resurfaced online.

Vallelonga replied to Trump, “100% correct. Muslims in Jersey City cheering when towers went down. I saw it, as you did, possibly on local CBS news.”

Reps for Vallelonga did not immediately respond to a request for comment Wednesday. But a publicist for the writer told IndieWire: “The twitter account has been deleted… not sure if any comment is actually needed here.”

The resurfaced tweet comes just days after “Green Book” took home the Golden Globe for Best Motion Picture — Musical or Comedy on Sunday. But Wednesday was a bad day for “Green Book” all around: The film’s director, Peter Farrelly, apologized for repeatedly flashing his penis two decades ago in an attempt to be funny.

Universal did not immediately respond to TheWrap’s request for comment.

Weeks later, Trump doubled down on his story, telling Alex Jones’ “InfoWars” that he heard from “four or five” supporters after making the claim who said, “‘Mr. Trump, I saw it myself! I was there!'”

But Trump’s version of events was challenged by major news outlets, including The New Yorker and The Washington Post, which, after trying to fact-check the story, concluded: “This is a bit like writing about the hole in the doughnut — how can you write about nothing?”

Also Read: 'Green Book' Director Peter Farrelly Sorry for Flashing Penis in the Past: 'I Was an Idiot'

The contentious tweet comes as the writer and producer is on tour to promote his award-winning film — based on his father’s real-life experience driving concert pianist Dr. Don Shirley through the deep South in 1962.

I've confirmed that #GreenBook producer Nick Vallelonga did tweet in 2015 that he saw "Muslims in Jersey City cheering when towers went down" on 9/11. That tweet and the account behind it have been deleted. Vallelonga had no comment. More here: https://t.co/9dfgg2tqVR