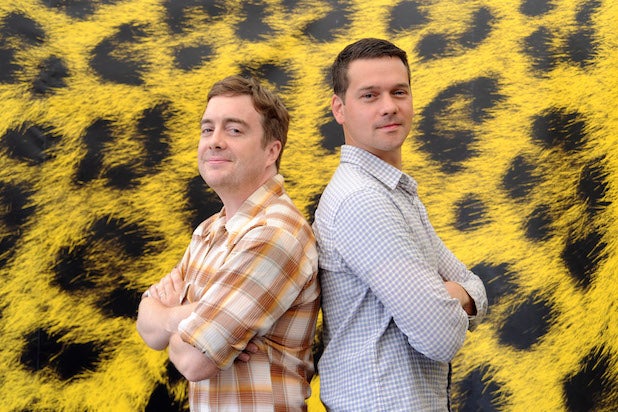 After directing the acclaimed thrillers “Blue Ruin” and “Green Room,” up-and-coming filmmaker Jeremy Saulnier has signed on to direct an adaptation of William Giraldi’s novel “Hold the Dark” that will reunite him with “Green Room” distributor A24, the company announced Thursday.

Macon Blair, who starred “Blue Ruin” and “Green Room” as well as Saulnier’s debut “Murder Party,” will write the script, having served as the director’s longtime creative partner.

A24 will produce “Hold the Dark” alongside their recurring partner Eva Maria Daniels of VisionChaos Productions as well as Russell Ackerman and John Schoenfelder of Addictive Pictures.

“Hold the Dark” is an intense tale of fate, family, and revenge set in the remote Alaskan wilderness.  When a child is taken from his village by a pack of wolves, an expert hunter is summoned to track and destroy them. His mission leads him down an increasingly dark and shocking path as he confronts the cruelty of nature and his own failures as a man. With the child’s grief-crazed father closing in behind him and a fierce, unforgiving landscape ahead, the question becomes, who is really being hunted?

The New York Times has called Giraldi’s novel “extraordinary… an unnerving and intimate portrayal of nature gone awry,” and the Boston Globe proclaims that “it stands out as one of the decade’s best books.”

“Jeremy is one of the most talented, original filmmakers working today, and we’re ecstatic to build our relationship with him, especially with such a distinct, ambitious project. “Hold the Dark” is a stunningly bold, gritty piece of material and we have no doubt Jeremy and Macon will make something unforgettable. This is a story that, with their craftsmanship and vision, will leave people breathless. We can’t wait to get started,” A24 said in a statement.

“In three short years A24 has built the most exciting brand in American distribution. Macon and I can’t think of a better partner for our most ambitious project yet. The combined resources, support and creative vision of A24, VisionChaos and Addictive Pictures will allow us an incredible opportunity to create something on a level of which we’d previously only dreamed,” added Saulnier.

“Green Room” premiered at Cannes and recently opened the Midnight Madness program at the Toronto International Film Festival, where it drew rave reviews.

CAA brokered the deal on behalf of Saulnier, Blair, and Giraldi, all of whom are managed by Anonymous Content. Saulnier is also represented by attorney André Des Rochers of Gray Krauss; Blair by attorney Bradley Garrett of Cohen & Gardner; and Giraldi by David Patterson of Stuart Krichevsky Literary Agency.