The sentencing of Gerald Green and his wife Patricia for film-festival graft was put off yet again Thursday, complicated by Mr. Green's advanced age and declining health, as the judge has asked for more information about how years of prison time would affect him.

Thursday's hearing in judge George Wu’s downtown L.A. courtroom devolved into yet another frustrating grind in the case, which was ultimately moved back to June 3.

The judge requested that Mr. Green’s doctor respond in writing to government analysis of the effect that prison time, of various lengths, would have on the producer. Prosecutors are requesting that both Greens receive 10 years in prison each.

Months have dragged on since “Salvador” and “Rescue Dawn” producer Gerald Green, 78, and his wife Patricia were convicted in federal court. The couple was found guilty under the Foreign Corrupt Practices Act on Sept 11, 2009, on charges of bribery and money laundering.

At the heart of the Department of Justice’s case was the $1.8 million the Greens bribed Thai authorities from 2002 to 2006, when the couple ran the Bangkok International Film Festival. Prosecuting U.S. attorneys said the 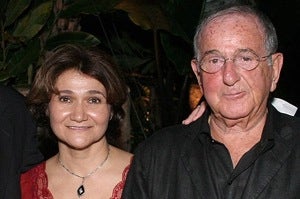 Greens had put together an elaborate scheme of skimmed funds, fake receipts and shell companies in order to fuel funds to Juthamas Siriwan, the former governor of Thailand’s Tourism Authority, and her family to received favors.

As a result, the Greens received $14 million in government contracts and grants for the festival, the government charge.

The Foreign Corrupt Practices Act, which became law in 1977, prohibits American citizens and corporations from making “an offer or payment of anything of value to a foreign official, foreign political party or candidate for political office, for the purpose of influencing any act of that foreign official in violation of the duty of that official, or to secure any improper advantage in order to obtain or retain business.”

In recent years, investigations and prosecutions under the corrupt practices act have become the number two enforcement priority behind terrorism cases.

The Greens are the first members of the entertainment industry to be prosecuted under the Corrupt Foreign Practices Act.

Jerry Mooney, Gerald Green’s lawyer maintains that his client didn’t bribe anyone — but sought contracts fairly in the environment in which such business is conducted.

“The movie industry has good cause to be somewhat fearful of the way the administration may or may not choose to utilize this law,” Mooney told TheWrap back in August 2009.

Sentencing has been delayed several times because Judge George Wu wanted more information from all parties.

Earlier this year, Wu sought details on how the Thai government had been actually harmed by the Greens after what was by all accounts their very successful management of the film festival.

The judge also wanted more information on what the history of sentencing in similar bribery cases and a detailed medical history of Gerald Green.

During the trial, 78-year old Gerald Green frequently appeared in court with a portable oxygen tank for his emphysema.