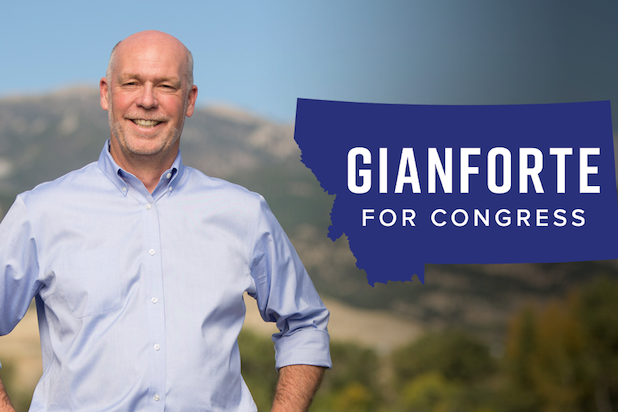 One day before a special congressional election in Montana, an already close race was potentially upended by scandal after Guardian reporter Ben Jacobs accused Republican candidate Greg Gianforte of physically assaulting him.

Greg Gianforte just body slammed me and broke my glasses

The altercation took place Wednesday at Gianforte’s campaign headquarters in Bozeman, Montana. According to Jacobs, he was attacked — “bodyslammed” — by Gianforte after asking a question about the Republicans’ healthcare plan, as a TV interview was being set up. Jacobs was later taken to an ambulance, where he took a photo of his glasses, which he claims were broken during the fight.

While the Gianforte campaign confirmed that a physical confrontation had taken place, it disputed Jacobs’ version of events. In a statement released to media, the campaign said that the incident was the result of aggressive and violent behavior by Jacobs, leaving Gianforte no choice but to defend himself physically.

“Tonight, as Greg was giving a separate interview in a private office, The Guardian’s Ben Jacobs entered the office without permission, aggressively shoved a recorder in Greg’s face, and began asking badgering questions. Jacobs was asked to leave. After asking Jacobs to lower the recorder, Jacobs declined,” Gianforte spokesperson Shane Scanlon said in the statement. “Greg then attempted to grab the phone that was pushed in his face. Jacobs grabbed Greg’s wrist, and spun away from Greg, pushing them both to the ground. It’s unfortunate that this aggressive behavior from a liberal journalist created this scene at our campaign volunteer BBQ.”

However, audio of the incident, part of which Jacobs released online, contradicts at least part of Gianforte’s account of the event. “I’m sick and tired of you guys,” Gianforte can be heard asking. “The last guy who came here did the same thing. Get the hell out of here. Get the hell out of here. The last guy did the same thing. Are you with the Guardian?” Gianforte continues.

Notably, the audio did not record any request by Gianforte for Jacobs to lower the recorder. Listen to the recording below.

Jacobs’ account was partly corroborated by BuzzFeed news reporter Alexis Levinson, who was in an adjacent room when the incident occurred and posted her account on Twitter.

“This happened behind a half closed door, so I didn’t see it all, but here’s what it looked like from the outside – Ben walked into a room where a local tv crew was set up for an interview with Gianforte. All of a sudden I heard a giant crash and saw Ben’s feet fly in the air as he hit the floor. Heard very angry yelling (as did all the volunteers in the room) – sounded like Gianforte…”

This is the scene outside – pic.twitter.com/xAin0jkhFo

Fox News reporter Alicia Acuna, who was in the room to conduct the TV interview with Gianforte for “Special Report With Bret Baier,” said in her account of the incident that “at no point did any of us who witnessed this assault see Jacobs show any form of physical aggression toward Gianforte.”

“Gianforte grabbed Jacobs by the neck with both hands and slammed him into the ground behind him,” Acuna wrote.  “…I watched in disbelief as Gianforte then began punching the man, as he moved on top the reporter and began yelling something to the effect of ‘I’m sick and tired of this!'”

Gallatin County Sheriffs later arrived at the scene to take witness statements while Gianforte left with aides without answering questions, according to multiple reports. Following the incident, the Democratic Congressional Campaign Committee (DCCC) released a statement demanding Gianforte withdraw from the race.

Gianforte’s opponent, Rob Quist, did not comment on the incident when asked by reporters. Quist, a political novice supported by Bernie Sanders, is running against Gianforte for Montana’s lone seat in the House of Representatives, which was vacated by Ryan Zinke after he was appointed Interior Secretary by Donald Trump.