Another day, another silly cable news talking heads shouting match. This time, it’s Fox News’ “The Five,” where panel members Geraldo Rivera and Greg Gutfeld started screaming at each other over the issue of Haitian migrants being brutalized by Border Patrol agents.

In case you don’t know, earlier this week footage of Border Patrol agents was released in which the agents, chasing Haitian migrants on horseback, certainly looked like they were also using whips on them. Border Patrol insists that was not the case; the agents were using their reins to whip the migrants, the agency says. Which is, of course, not the defense they think it is. But whether they were brutalizing migrants with actual whips or improvised whips, most of us can probably agree that’s pretty messed up. And many of those migrants have now reportedly been released into the United States on a “very, very large scale,” according to a single, anonymous Border official.

So on Wednesday’s episode of Fox News’ “The Five,” Gutfeld complained that this alarming story was a distraction from real issues. The media, he said, is “ignoring rampant violent crime that started last summer,” by which he meant the protests that erupted after the murder of George Floyd by police officers. Gutfeld also claimed that “all of our cities are degraded, dangerous.”

Also Read:
Whoopi Goldberg Extends as ‘The View’ Host for Another 4 Years

That’s not entirely accurate, by the way. It’s true that the national murder rate increased in 2020, and then slightly dropped in 2021. But crime overall is down, and cities aren’t actually becoming more dangerous. And even that rise in the murder rate is vastly below the 1990s peak. Also, the media has actually not been ignoring any of this.

But Geraldo misunderstood Gutfeld’s argument and thought that Gutfeld was claiming that Haitian migrants were causing a spike in crime. And so he went off.

“I have to rebut what Greg said about Haitian immigrants and crime,” Geraldo said. “I defy you to find a single…” And that’s when things hit the fan.

“Oh my god. You are so wrong, Geraldo”, Gutfeld said.

“What does crime have to do with these people? You know what their crime is?” Rivera said.

“Jesus Christ, you are totally misreading this!”Gutfeld interjected. “I was talking about how the media covers the story!” 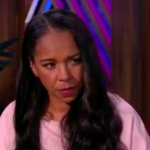 Also Read:
Woman Who Accused Nicki Minaj’s Husband of Sexual Assault Says She Was ‘Tired of Being Afraid’

“You screwed up. It’s embarrassing, Geraldo. You’re embarrassing me,” Gutfeld shouted when Rivera tried to continue.

“No, because you’re wrong!” Gutfeld said. They pair argued back and forth for a few seconds before Gutfeld shouted “No, no, no, no. Let me respond to your lie to your face! I was talking about how the media ignored a story about the crime issue! It wasn’t about Haiti! Jesus! Apologize!”

After more back and forth shouting, Rivera, still not listening to Gutfeld’s actual (still mostly incorrect) point, said “you wanted to make this stereotypical linkage. And Haitians have been screaming.”

“That is so wrong. So wrong,” Gutfeld replied.

Don’t worry though, the two Fox News talking heads eventually made up. “The Five” co-host Dana Perino read a transcript of what Gutfeld said, after which this happened:

Watch some of the exhausting exchange in the video at the top of the page.