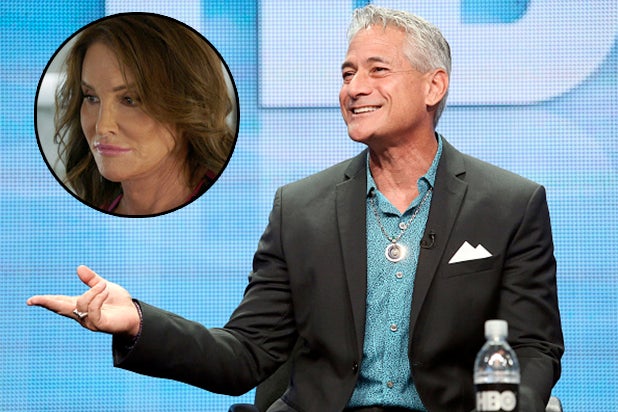 Olympic diver Greg Louganis says he had no idea his fellow Olympian Bruce Jenner would one day transition to a woman.

During a panel for HBO documnetary “Back on Board: Greg Louganis,” the athlete recalled marching with the decathlon Olympic gold medalist in the 1976 Games, and then going on the Tour of Champions together in 2007, along with several other Olympians.

“I remember they would always put me with [Bruce Jenner] and Mark Spitz, and I was always like, ‘why do you always have to put me with these guys?’ because I could never get a word in edgewise,” Louganis said onstage during the Television Critics’ Association’s summer press tour. “We all have our own journeys, that’s what’s so apparent in ‘Back on Board.'”

The diver said he had no idea Bruce Jenner would one day become Caitlyn Jenner, just like his own homosexuality wasn’t a topic of discussion back then.

“I had no idea,” he said. “It’s like when you retire from diving or when ou go away after graduating from high school, and years later you have a reunion. It’s like ‘Oh really, you were gay? I was gay – oh really?’ That just wasn’t the focus of our conversations.”

Also Read: Bill O'Reilly Calls Caitlyn Jenner a 'He' From the 'Waist Down' (Video)

“Back on Board” chronicles Louganis’ journey as one of the firstly openly gay professional athletes, while Jenner’s journey is being chronicled on the currently-airing “I Am Cait.”

“Back on Board: Greg Louganis” premieres August 4 on HBO.