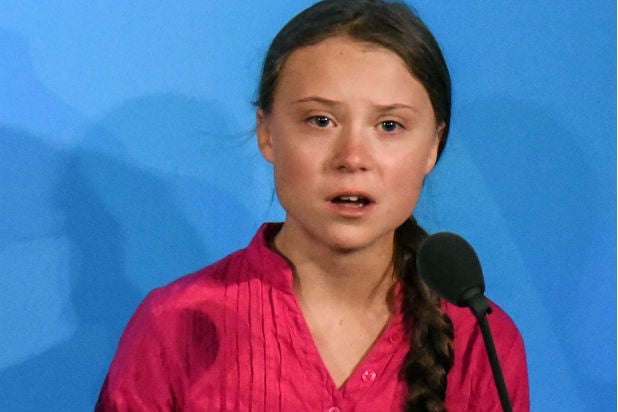 The project was announced at the BBC Showcase trade show on Monday. No network, release date or number of episodes have yet been set.

Here is the description for the series, which comes from the studio’s science unit.

“The series will follow Greta’s international crusade, which takes her to the front line of climate change in some of the most extraordinary places on earth, as she explores what actions could be taken to limit climate change and the damage it causes.

As she travels Greta meets not only leading scientists but political leaders and business heavyweights, exploring the scientific evidence with them and challenging them to change.

The films will also charts her own journey into adulthood as she continues to be confronted by the real world consequences of inaction; and will share some of the quiet moments as she writes the impactful speeches that are now broadcast and analysed around the world, as she lives a teenage life like no other.”

Thunberg appeared in a video presentation last night at the 92nd Oscars, speaking on the power of documentaries. In the clip, she had a conversation with filmmaker David Attenborough, who she says inspired her to participate in climate-change advocacy.

“Climate change is probably the most important issue of our lives so it feels timely to make an authoritative series that explores the facts and science behind this complex subject,” Rob Liddell, who will produce the series, said in a statement. “To be able to do this with Greta is an extraordinary privilege, getting an inside view on what it’s like being a global icon and one of the most famous faces on the planet.”

Could the late Chadwick Boseman pull off the feat this year for his work in “Ma Rainey’s Black Bottom” and “Da 5 Bloods”?