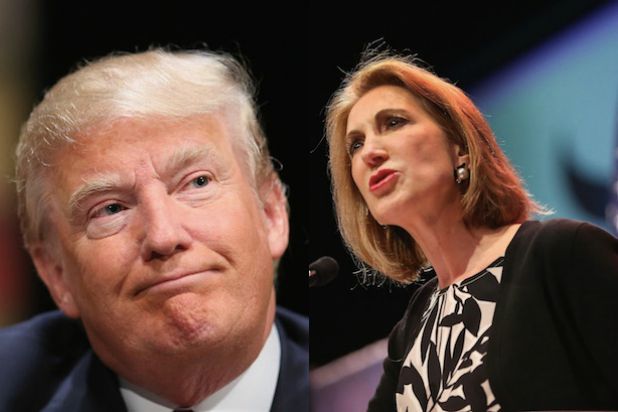 Greta Van Susteren took on Donald Trump on Thursday for poking fun at Carly Fiorina’s looks, telling the GOP frontrunner he’s not a first time offender in terms of inappropriate comments about women.

“My objection to you is I just thought it was low rent to take a swipe at her looks,” the Fox News host said. Trump continued to deny he was making fun of the former Hewlett-Packard CEO’s looks when he said “look at her face” in a Rolling Stone profile but was instead referencing her “persona.”

Trump received pushback on Thursday following the comments. Fiorina herself said: “I think those comments speak for themselves … I’m not going to spend a single cycle wondering what Donald Trump means. But maybe, just maybe, I’m getting under his skin a little bit, because I am climbing in the polls.”

“I don’t think you’re a first-time offender making a personal crack about a women,” Van Susteren added, saying she thinks Trump was speaking about Fiorina’s looks and not her persona.

Trump rationalized that many of his past controversial comments about women were made when he was an entertainer, which is a “whole different ball game.”

Fiorina will get a chance to respond to Trump in person as she made the cut to participate in CNN’s GOP debate on September 16th.