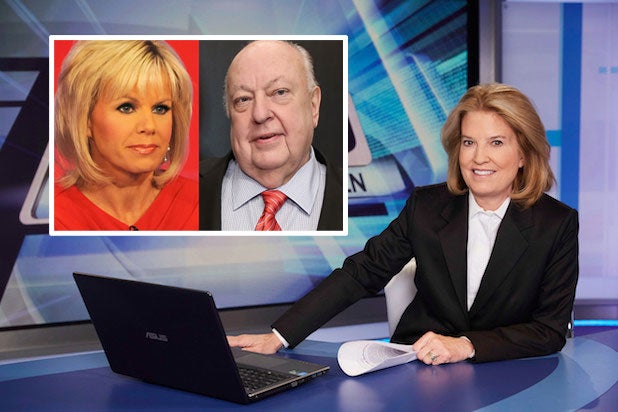 Fox News host Greta Van Susteren has been with the network for 15 years and says she has “absolutely never” seen chairman and CEO Roger Ailes act inappropriately toward women, as is alleged in a sexual harassment suit filed this week.

“I’ve even been alone in his office, having lunch together … Absolutely not,” the “On the Record” host told TheWrap when asked if she ever experienced what former “Real Story” host Gretchen Carlson claimed in court papers submitted on Wednesday.

Calling Carlson “a very unhappy employee that lost her job,” Van Susteren is the second female Fox News host to approach TheWrap with a defense of Ailes since the lawsuit was filed. “Justice” host Jeanine Pirro called the suit “absurd” and “ridiculous” in an exclusive interview Thursday night.

“What she’s alleging is just wildly out of anything anyone has ever experienced with Roger,” Van Susteren said. “Jeanine is a lawyer. I have two law degrees … It’s unfortunate. [Carlson’s] contract wasn’t renewed, I don’t know why. I don’t have any information on that. But all of a sudden, we’re hearing these incredibly explosive remarks. It’s completely foreign to any of the rest of our experience.”

Van Susteren says she learned about the lawsuit while on vacation when a reporter requested her opinion on it. She was shocked to learn its contents, reading them in their entirety immediately.

“I’m from a facts world. I was a trial lawyer for years. There is a big difference between allegations and facts,” Van Susteren said. “I’ve spent 15 years as an employee of Roger Ailes and I’ve never even seen it or heard it.”

Invoking the importance of facts themselves, Carlson’s lawyers responded to Pirro and Van Susteren’s comments in a statement to TheWrap: “The fact that Ailes may be able to call on character witnesses from some other women at the network will have zero bearing on the facts in Gretchen’s case.”

Carlson’s suit, filed on Wednesday in Bergen County, New Jersey, claims she refused Ailes’ sexual advances and “as a direct and proximate result” her relationship with Fox News was severed last month.

“I have a close professional relationship with [Ailes] and I’ve never seen any indication of [sexual harassment],” Van Susteren said.

Her studio is in Washington, D.C. but Van Susteren travels to Fox News’ New York headquarters so often that she used to keep an apartment in the city. She says the building is a positive environment for women.

“If there were something weird going on … at every business they gossip. I would have heard it. That would be brought to me. Likely because I’ve been there the longest and one of the oldest,” Van Susteren said. “I certainly would have heard about it.”

Pirro called Carlson a “loner” who doesn’t have many friends in the Fox News building. Van Susteren said she never socialized with Carlson, but did work with her on special events and appeared regularly on Carlson’s show.

“She was always professional with me,” Van Susteren said.

“All women can say about Roger Ailes is that you may not agree with him, you may not like him, but he was the first man to put a woman in primetime [on cable news]. He put Catherine Crier on primetime. He has done a lot to help the careers of men and women,” Van Susteren said.

Van Susteren felt it was a promotion, not a demotion, when Carlson was taken off “Fox & Friends” and given her own show in the timeslot that once belonged to Megyn Kelly, despite Carlson’s lawyers’ suggestion that the timeslot was “challenging.”

“It was not perceived as a demotion … I thought, ‘Oh wow, she gets her own show, that’s great,'” she said. “I was not like, ‘Poor Gretchen, she’s getting her own show.'”