Gretchen Carlson, Julie Roginsky, and Diana Falzone — all former Fox News hosts or reporters — have created a new advocacy group to fight back against non-disclosure agreements or forced arbitration clauses in the workplace.

Lift Our Voices aims to “create a seismic cultural shift where all current and former workers and volunteers are able to speak truth to power without adverse consequences and fear of retaliation,” according to its website. To do so, the group is setting its sights on the aforementioned NDAs, forced arbitration clauses, and other confidentiality agreements that are often used in contracts to silence survivors of workplace sexual harassment. 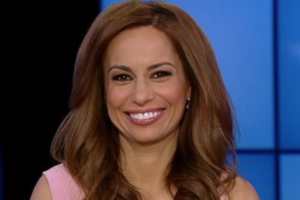 “If there are companies that we feel are abusing their NDA process, to malign women or to protect a toxic work environment, we will build our digital army and we will send out a call to action to boycott their project,” Roginsky told The Hollywood Reporter on Tuesday.

Carlson and Roginsky also told THR that they are hoping to get industry leaders to pledge to stop using NDAs for the purposes of silencing victims or otherwise covering up incidents of workplace misconduct.

In October, Carlson, Roginsky, and Falzone called on Fox News to release them from their NDAs. “None of us asked to get into a workplace dispute,” Carlson told Vanity Fair at the time. We simply had the courage to stand up and say something — but in the end it’s our voices no one can hear. Because of our NDAs, we can never say what is factually correct or incorrect about what happened to us at Fox.” (A representative for Fox News did not respond to a request for comment at the time.)

But now, with this new advocacy group, the three women are looking to make change across the industry.

“If companies want to be on the right side of history, they will be on our team,” Carlson said. “Because the only way we are going to solve this issue is to have a much more open dialogue and let people speak.”