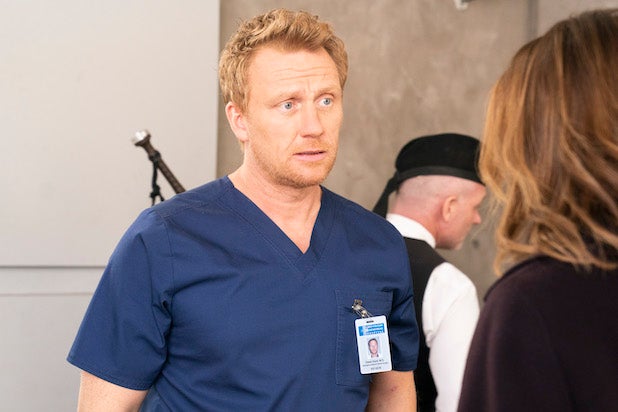 Thursday wasn’t a very happy Valentine’s Day for ABC, as “Grey’s Anatomy” sunk to new series lows in both demo ratings and among total viewers.

To be fair to the longstanding hit medical drama, due to the holiday, overall TV viewing levels were down about 4 percent last night. Plus, it was still the No. 1 show of the night among adults 18-49.

NBC’s “Titan Games” actually grey at 8 p.m., when it faced off with “Grey’s,” “Gotham,” and a pair of CBS repeats. In primetime averages, ABC and CBS tied for first place in the key demo. Despite airing reruns of “Big Bang Theory” and “Young Sheldon,” CBS was No. 1 in overall eyeballs.

Also Read: Ratings: 'This Is Us' Returns After SOTU Hiatus to Top Tuesday

Telemundo was sixth in ratings with a 0.3/2 and in viewers with 1 million.