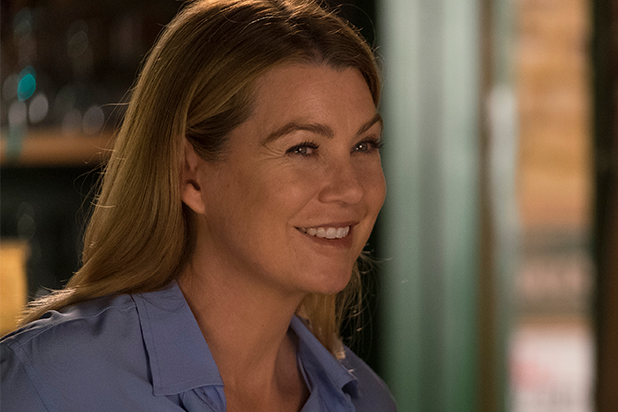 “Grey’s Anatomy” fans: You’ll want to sit down for this.

Star Ellen Pompeo said that the team behind ABC’s stalwart medical drama is starting to think about its ending.

“Yes, we’re starting to think about how you would end a show this iconic,” Pompeo said in an interview with ET this week. “How do you end it? But we’re not there yet. We’re going to focus on season 15. We just take it one season at a time.”

“The show’s a tremendous money maker, let’s be honest. It makes a fortune for everybody and everyone wants to keep it going,” the actress continued. “Now, it’s sort of fun. We’re in a contest with ourselves. How long can we keep this going and still have this level of quality.”

For her part, Pompeo is locked into a $20 million per year salary through Season 16.

Pompeo also dropped some tea on how Sarah Drew and Jessica Capshaw will exit the series at the end of this season, saying their exits “aren’t tragic.”

“You only get killed off when your behavior is bad. If you’re a nice actor, you die nice,” she said. “But yeah, these endings aren’t tragic.”

When “Grey’s” eventually does end, does Pompeo envision a tragic ending for Meredith?

As far as Season 14 goes, Pompeo said the finale is “classic ‘Grey’s’ finale time. So it’s gonna be devastating, and then we’re going to pull you out of devastating and make you smile.”