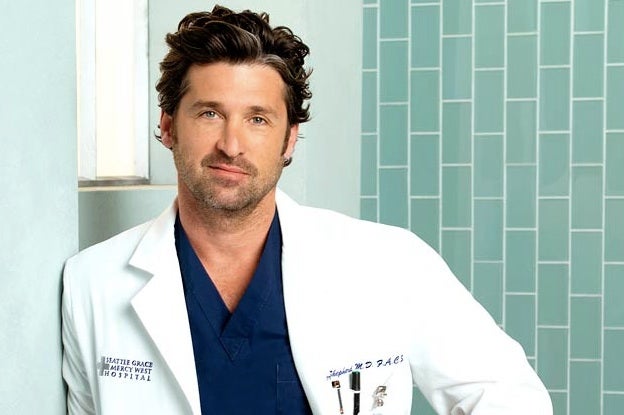 (Spoiler alert: Please do not read on if you haven’t watched Thursday’s episode of “Grey’s Anatomy”)

“Grey’s Anatomy” delivered a crushing blow on Thursday by killing off one of the ABC drama’s most beloved characters.

After being a staple on the show for over a decade, Patrick Dempsey played the hero for the last time as Dr. Derek Shepherd saved the lives of three young people after a car crash, only to be gravely injured himself in a tractor-trailer collision.

Fans prayed that McDreamy would pull through but by the time wife Meredith Grey (Ellen Pompeo) arrived at the remote hospital — which the doctors claimed “was not a trauma center” — he was already brain dead.

Also Read: 'Grey's Anatomy' Creator Shonda Rhimes on Patrick Dempsey's Shocking Exit: 'His Loss Will Be Felt By All'

Meredith was forced to pull the plug on the love of her life and the father of her children — causing viewers to collapse into floods of tears and via Twitter.

“Crying my eyes out,” one user wrote. “I don’t think I can ever feel happiness again, my soul is destroyed,” another distraught fan tweeted.

“I bet Seattle Grace has the record for most dead employees,” another noted, referring to the long-list of characters who have been killed off.

Some fans even vowed that they were done after one of the most romantic couples on TV had been ripped apart.

Read some of the heartfelt tweets below.

I have never cried so hard over a television show since Friends ended. #GreysAnatomy

If you’re going to kill off your most beloved character, @shondarhimes should play the actual killer. #GreysAnatomy @PatrickDempsey — Caroline Rhea (@CarolineRhea) April 24, 2015

Ten years of commitment to one of the best shows on television and they ruined it for me in 60 minutes. #GreysAnatomy

To every @onedirection fan I made fun of for crying like an idiot when #Zayn left, I’m sorry. I get it now. #GreysAnatomy

He survived a plane crash and being shot but he died because A SURGEON WAS TOO BUSY EATING DINNER #GreysAnatomy — Moody Lady Problems (@moodyladyprobs) April 24, 2015

If your tweets aren’t #GreysAnatomy related, please close your twitter app and come back tomorrow. We need a minute.

Speak for yourself. I won’t be fine! #GreysAnatomy

Girl in a bar. Everyone drink #GreysAnatomy