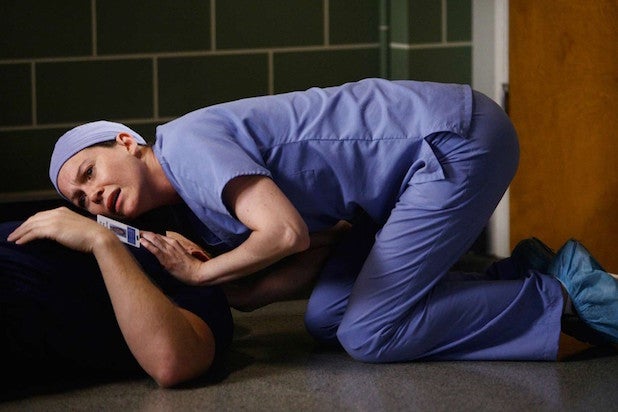 The Disney-owned broadcaster cashed in with a pair of “TGIT” season finales last night, easily topping the evening outright.

In addition to the “Grey’s Anatomy” and “Scandal” season-ending episodes, “MasterChef Junior,” “Supernatural” and “The Blacklist” also concluded their current runs last night.

CBS and Fox tied for second in ratings, both with a 0.9/4. CBS was second in total viewers with 4.8 million. Fox, which gave its entire primetime to “MasterChef Junior,” was fourth with 3.4 million.

Also Read: 'Grey's Anatomy' Finale: You've Got to Be Kidding Us

NBC was fourth in ratings with a 0.8/3 and third in viewers with 4.4 million. After a rerun, the penultimate episode of “The Blacklist” at 9 received a 0.9/4 and 4.8 million viewers. The actual season finale at 10 was flat in rating/share, but ticked up to 4.9 million viewers.

The CW was fifth in ratings with a 0.6/2 and in viewers with 1.7 million. A regular “Supernatural” at 8 had a 0.6/3 and 1.7 million viewers. At 9, the show’s season finale slipped to a 2 in share, but rounded to the same number everywhere else.

Univision was sixth in ratings with a 0.5/2 and in viewers with 1.6 million.