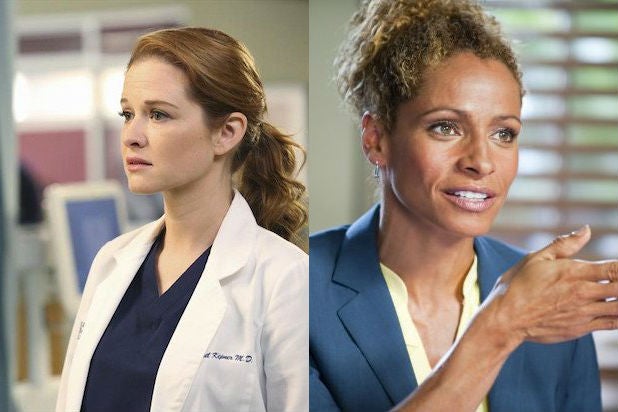 “Grey’s Anatomy” fan favorite Sarah Drew has landed a new job less than a week after news broke that she’ll be leaving the medical drama after Season 14. She has been cast as LAPD Detective Cagney in the CBS reboot pilot for “Cagney & Lacey.”

Bridget Carpenter writes, with fellow executive producer Rosemary Rodriguez as the director for the pilot. The reboot will follow Drew and Hurd as two female detectives who keep the streets of Los Angeles safe. CBS Television Studios will produce with MGM Television.

The original “Cagney & Lacey” aired from 1981-1988 and starred Sharon Gless as Christine Cagney and Tyne Day as Mary Beth Lacey.

Drew spent nine seasons as a series regular on ABC’s “Grey’s Anatomy” before it was announced last week that she and fellow star Jessica Capshaw would leave at the end of this season. After the news broke, Drew thanked fans for “all the love,” saying “I know your sad. I’m sad too.”

She added that “For now, I’d like to say: I love you, and I love April, and her story isn’t over yet.”