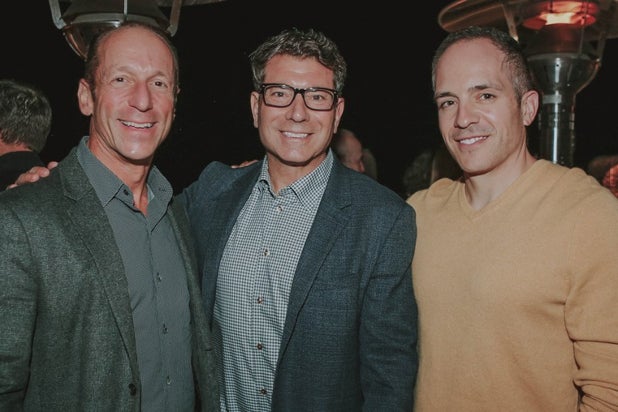 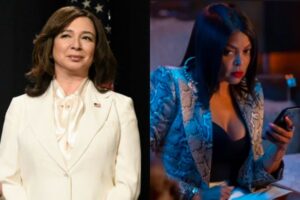 ”Gaming is the fastest growing consumer trend in the world (and) eclipses every other form of media,“ Managing Director Peter Levin tells TheWrap

Peter Levin, the managing director of the L.A-based investment firm Griffin Gaming Partners, said there’s no secret about why his firm has focused on social gaming, including in a new $235 million funding raise.

“Gaming is the fastest growing consumer trend in the world,” Levin told TheWrap. “It’s got a 248% growth trajectory over the next 10 years, which eclipses any other form of media.”

Activision Blizzard’s “Call of Duty: Modern Warfare” and its battle royale mode “Warzone” also grew exponentially during the pandemic because of multiplayer social features. Activision said one month after the “Warzone” release that 50 million people had dropped in to play.

“Amplified by the pandemic, gaming allows for people to recapture lost casual social moments from their day,” said Levin, adding that he usually plays games several nights a week with members of Immortals’ esports teams.

Griffin Gaming Partners’ most notable investments include Wave, a developer focused on producing virtual reality concerts for artists and Discord, a live video and voice chat for gaming squads. The video game hardware and software business was already on track to grow pre-pandemic, but since March player spending, time spent in-game, and the overall number of people playing games has increased exponentially.

Levin said Griffin’s $235 million fund raise will invest in gaming companies that meet this steadily growing player base where they are, which is most often on mobile devices. Mobile gaming is one of the fastest-growing segments in the entire gaming industry, and players in Asia and Europe often play more games on their phones than consoles.

Since Griffin isn’t big enough to invest in big-name gaming franchises, it plans to fund companies based in Northern Europe, the Middle East and South America, all areas where gaining is gaining steam.

Levin added that the firm will split capital roughly in half, with equal parts going to investments in North America and elsewhere around the globe. Levin gave loose parameters for games that he’s interested in funding and said the firm tries to remain flexible — but there are two areas of gaming it won’t touch.

Levin is no stranger to gaming. In 2014, he helped launch the games vertical at Lionsgate, where he spearheaded efforts to turn popular film and television sagas into games. Titles he helped produce include a Tarantino-inspired game called “Reservoir Dogs Payday 2,” horror game series “Blair Witch,” and “John Wick Hex,” a game inspired by the popular Keanu Reeves-led franchise.

Levin said his time at Lionsgate — and before that, as CEO of Nerdist Industries — proved that the gaming industry is just beginning to explode internationally.

Games research firm NewZoo recently revised its yearly forecast and now predicts the industry will generate $175 billion in revenue by the end of the year. In September, gamers spent $10.7 billion on digital titles, a near record-setting figure that is only expected to grow, according to Nielsen’s gaming division SuperData.

But don’t expect Griffin to put much money into esports or virtual reality. Though Levin is the chairman of Immortals Gaming Club’s board alongside Quibi co-founder Meg Whitman and heavily involved in the esports world, he is also leery about backing esports teams and game streaming. Still, he said Griffin will consider backing companies that provide services to larger streaming firms, like Amazon’s Twitch.

“I was probably the only interactive studio heads that didn’t invest in a VR business,” Levin said. “We’re excited for what the future of VR may bring the current state of play, but we haven’t seen a lot of opportunities to invest where (companies) have addressed some of the gaps that are missing.”

Virtual reality is still in its infancy, Levin said. “VR is for the most part, an antisocial experience,” Levin said. While there has been some initial success at location-based VR arcades — like Dreamscape Immersive or Downtown L.A.-based Two Bit Circus — their business models have been sidelined this year due to pandemic restrictions. “Having a discrete experience, while it may be very compelling and the numbers are climbing in the right direction,” he said, but “it still lacks some of the social hooks that current breakaway success games and genres have baked into them from the start.”

“There’s a cooperation component to gaming these days, and so there’s a lot of learnings that go on and entertainment opportunities (there),” he said. “We see that part of it as continuing to expand.”