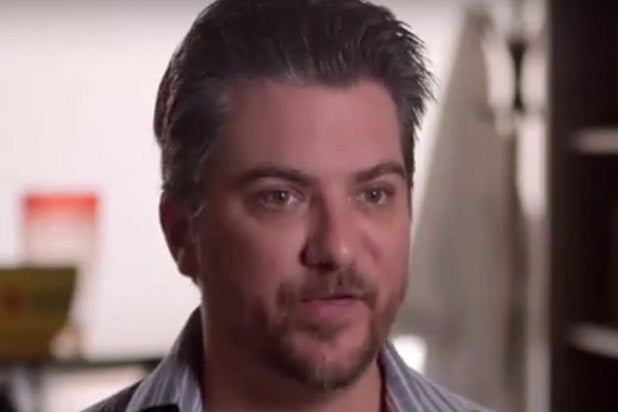 Sounds like Jeremy Miller had a little something to numb those growing pains.

Miller, who starred as Ben Seaver on the sitcom “Growing Pains,” appears on an upcoming episode of “Oprah: Where Are They Now?” to reveal that he began hitting the bottle when he was barely out of diapers — and that bottle wasn’t filled with milk.

“I began drinking at 4 years old,” Miller says in a clip for the episode. “My grandparents used to throw a lot of parties, and I would run around after the parties and finish off all the empty beers. So that was my first experience.”

Miller went on to note that he didn’t fully dive into the cups until a relatively riper age, in his preteen years.

“I didn’t really mess around with it after that until I was around 12. That was the first time I ever got hammered,” Miller revealed.

The former child actor noted that he was “filled with self-loathing and self-hatred” at times, which created a potentially disastrous combination when mixed with booze.

“There were times when I was so filled with self-loathing and self-hatred, and then combine that the alcohol and the lack of judgment that provides, it’s a very good thing I never owned a gun, because I don’t know what would have happened.”

Also Read: ABC News' Elizabeth Vargas: 'I Am An Alcoholic'

Miller isn’t the only “Growing Pains” cast member to deal with difficulties later in life. In 2004, Tracey Gold was arrested for DUI after she rolled her SUV with her family inside it down a freeway embankment. And Kirk Cameron, famously, grew up to become Kirk Cameron.

Watch Miller discuss his lifelong struggle with alcohol in the video.