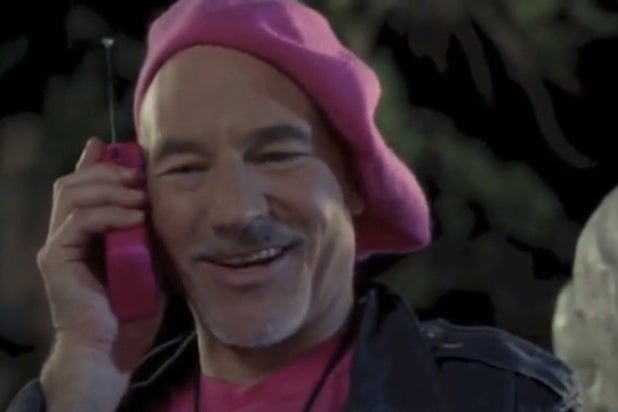 In a column for The Guardian, Jane Czyzselska celebrated Ellen Page’s coming out, trumpeting three cheers for her public disclosure and cited Sir Patrick Stewart as an example of a gay actor who praised the “Juno” star for her bravery — one problem, the Star Trek actor isn’t gay. Oops!

‘”Some gay people, such as Sir Patrick Stewart, think Page’s coming out speech is newsworthy because a high-profile and surprisingly politically aware young actress has decided not to play by the rules that so many closeted Hollywood actors are advised to follow if they are to enjoy mainstream success,” Czyzselska wrote. Stewart has been married to jazz singer Sunny Ozell since September 2013.

Editors at The Guardian quickly appended a correction to the bottom of the column.

Despite not being gay, Stewart is a big time ally to the LGBT community. He is best friends with Ian McKellen, strongly supports marriage equality and was awarded Straight Ally Of The Year from PFLAG last year. “From my earliest years as an actor I have always been proud of the support the creative community gives to all forms of human and civil rights,” Stewart has said.He’s also performed gay roles before, perhaps most notably in the 1995 gay romantic comedy “Jeffrey”, where he played a flamboyant interior decorator.

Update: Stewart was amused by the incident and tweeted a few jokes, William Shatner even joined in.

@SirPatStew @guardian I never get that kind of coverage! I'm jealous! 😉

.@Poynter But @guardian I have, like, five or even SEVEN hetero friends and we totally drink beer and eat lots of chicken wings!

Watch Stewart’s performance in “Jeffrey” below: