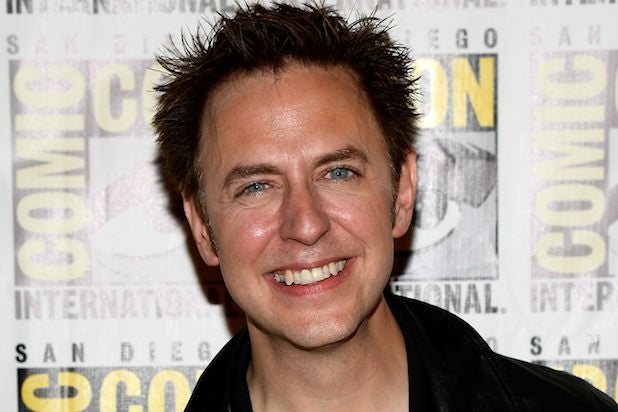 “Guardians of the Galaxy” director James Gunn is all about the kinds of films that others dread — remakes.

After posting support on Facebook for writers Mark and Brian Gunn (“Journey 2: The Mysterious Island”) drafting a screenplay for Universal’s remake of 1994 Jean-Claude Van Damme action movie “Timecop,” the filmmaker provided a counter argument for those cinephiles adamantly against reviving an old idea for a new audience.

“Remakes are not ‘Hollywood running out of ideas’ – they’ve been around in film since the silent era, and on stage long before that,” Gunn wrote.

The director went on to say: “Also, Hollywood isn’t pushing remakes on audiences — audiences go see them, so the studios keep them coming. So if you want to stop seeing films remade, stop watching them. For me, all I care is that the movie works well, that it has heart, good characters, and a story that pulls me in, remake or not.”

To make his point, he listed some of the most beloved remakes of all time, including “The Fly,” “Casino Royale,” “The Departed” and “The Wizard of Oz” (“yes, the famous one,” Gunn added), all of which he considers “as good as or better than the original.”

See video: Rocket Raccoon Speaks in ‘Guardians of the Galaxy’ Promo – And He Sounds Like Bradley Cooper

Gunn, who started his career by writing for Troma Entertainment’s Lloyd Kaufman — the independent filmmaker who created B-movie classic “The Toxic Avenger” — wrote the screenplay for Zack Snyder‘s remake of “Dawn of the Dead.”

“A remake doesn’t need to be better than the original to be worth watching or making. Scorsese’s ‘Cape Fear’ works as a counterpart to the original film and they’re fun to watch back-to-back,” Gunn wrote. “I always hoped that my own ‘Dawn of the Dead’ was so different from the original — only the premise from that film really remains — that it would be full of surprises for people who know Romero’s film well.”

Gunn’s “Guardians of the Galaxy,” which will be Hollywood’s first attempt to bring the Marvel comic book characters to the big screen, opens in theaters on Aug. 1.