James Gunn officially announced that Kurt Russell has joined the cast of “Guardians of the Galaxy 2” on Wednesday.

Gunn made the announcement on his official Facebook page. “My favorite movie as a small child was ‘The Strongest Man in the World,’ so I’m glad to announce that, yes, Kurt Russell has joined our cast and, yes, he is more awesome a dude than I ever could have imagined,” he wrote.

TheWrap reported exclusively in December that the “Hateful Eight” actor was in talks to join the project as the father of Peter Quill (Chris Pratt).

Gunn also announced that Elizabeth Debicki, and Chris Sullivan have joined the cast in unspecified roles. Debicki played Victoria in the Guy Ritchie big screen adaptation of “The Man From U.N.C.L.E.” Sullivan is known for his role as Tom Cleary on the Cinemax series “The Knick.”

“Guardians of the Galaxy” was a major worldwide success when it premiered in Aug. 2014. The film grossed over $770 million at the box office, with over $330 million of that coming from the U.S.

Also Read: 'Labyrinth' Remake in the Works With 'Guardians of the Galaxy' Writer 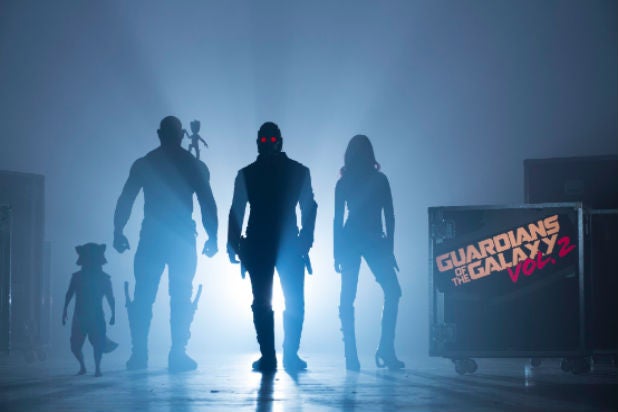 2014 movies ”Transformers“ ”X-Men“ ”Guardians of the Galaxy“ and more get their male stars ranked by Q Score. (Numbers from 2014 unless otherwise noted.)