“Behold, the first ever look at the Guardians of the Galaxy Vol. 2 teaser poster!” Gunn posted to Facebook.

“Guardians of the Galaxy” was a major worldwide success when it premiered in Aug. 2014. The film grossed over $770 million at the box office, with more than $330 million of that coming from the U.S.

For fans hoping to not only get a look at the first poster but at the first trailer as well, Gunn said in a Q&A back in September that it would be released “before Christmas … Sorry. That’s as much as I can narrow it down at this time,” he said.

He also said that the sequel will have stronger story lines for women because he is tired of female characters just being “the girl.”

“I am sick of stories where there are a bunch of fully realized male characters and one female character, whose primary characteristic is simply being ‘the girl’ or the personality-less object of some man’s affections,” Gunn wrote in a Facebook post earlier this month.

“Guardians of the Galaxy Vol. 2” is set to premiere on May 5.

See the first poster below. 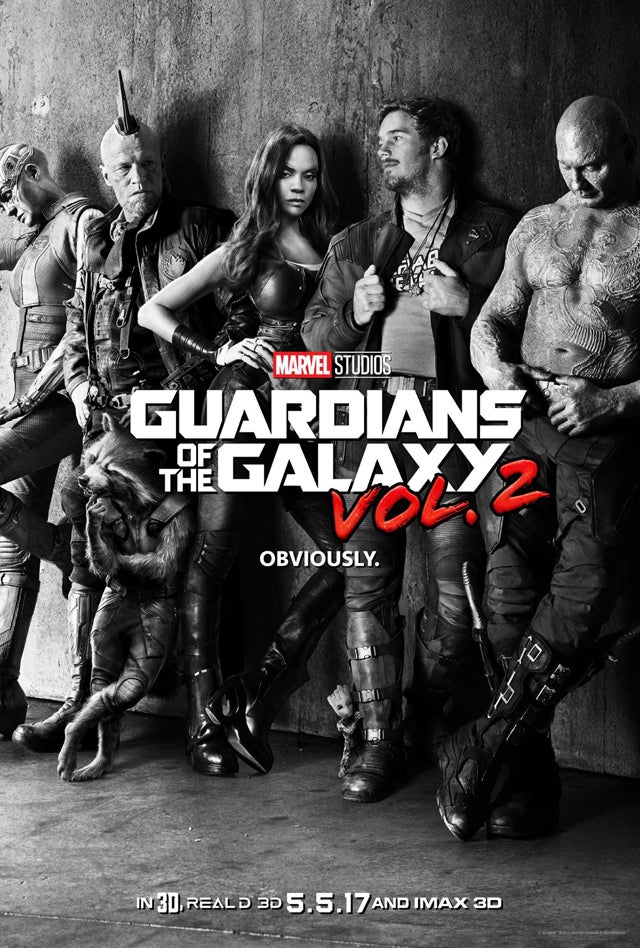