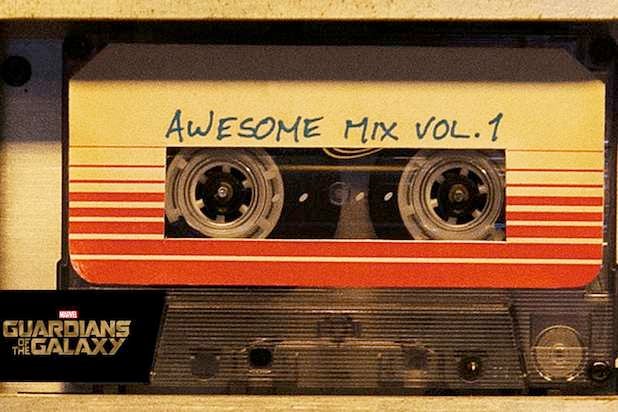 The soundtrack to Marvel blockbuster “Guardians of the Galaxy” has reached the top spot on the Billboard 200 chart. It’s the second movie soundtrack to do so this year, following the success of “Frozen.”

Also read: ‘Guardians of the Galaxy’ Director Has Not-Secret Not-Porn Past

Billboard reports the album sold 109,000 copies last weak, according to Nielsen SoundScan. The sales are up 83 percent from the 60,000 units sold in its first week of release earlier this month.

“Awesome Mix,” a title derived directly from the film in which Chris Pratt‘s character risks his life to save an old cassette player andtape to preserve his last connection to Earth, consists of 12 songs from the ’60s and ’70s. 11 were featured in the film.

See video: How ‘Guardians of the Galaxy’ Rescued the Summer Box Office

The success marks the first time a soundtrack consisting entirely of previously released songs has topped the chart.

“Awesome Mix” consists of a number of singles that climbed the Billboard Hot 100 upon their initial release, including the Jackson 5’s “I Want You Back” and Blue Swede’s “Hooked on a Feeling.”

Director James Gunn‘s “Guardians” has been a hit with critics and audiences, raking in over $319.1 million worldwide since opening on Aug. 1.

Upon hearing the news, Gunn took to Facebook to comment, “All those days as a child I spent locked in a room listening to AM radio were not wasted! “

“Somewhere in a boardroom right now a movie executive is trying to give a film that’s not testing well the ‘Guardians soundtrack treatment but with a new twist’ – say, nineties grunge hits over a buddy action comedy,” Gunn added. “This is something you will not thank me for.”