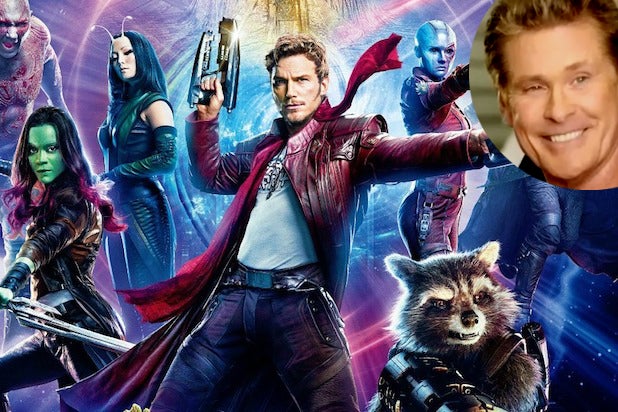 “Just remember, in these times of hardship, We. Are. Groot.”

Those were the closing words spoken by David Hasselhoff in the original song “Inferno,” which appears on the “Guardians of the Galaxy Vol. 2” soundtrack. The film’s director James Gunn announced on Friday that a music video for the song, featuring Hasselhoff, the cast of “Guardians” and Gunn himself, is on the way soon.

He also tweeted a poster with Star Lord looking fly in a studded jacket over a colorful, retro looking backdrop.

The disco-infused track played at the end credits of the “Guardians of the Galaxy” sequel along with other post-credits footage. Gunn teased earlier in the week that “we’re going to give you guys something amazing on Sunday” — so the star-studded “Inferno” video could be just that (and it sounds like it’ll be all new footage, too).

Also Read: 'Baby Driver' v 'Guardians of the Galaxy': Which Has Best Soundtrack of Music That Mom Liked?

Hasselhoff cameoed in the movie briefly and gives some spoken word on the song by The Sneepers. You can listen to the song here: