“After all these years I found you,” says Kurt Russell’s Ego in the final seconds of the final trailer for “Guardians of the Galaxy Vol 2” trailer which premiered Tuesday night on ABC during “Jimmy Kimmel Live!”

“And who the hell are you?” Chris Pratt’s Peter Quill a.k.a. Star-Lord asks.

Writer/director James Gunn hasn’t revealed exactly what Ego’s motives are or whether he is the main villain. However, in a video Gunn posted to his Facebook page, he explained that he revealed the identity of Quill’s father now because he didn’t want fans so shocked over it that they looked past deeper themes he hopes to convey.

The film grossed over $770 million at the box office, with more than $330 million of that coming from the U.S.

Last October, Gunn said that the sequel will have stronger story lines for women because he is tired of female characters just being “the girl.”

“I am sick of stories where there are a bunch of fully realized male characters and one female character, whose primary characteristic is simply being ‘the girl’ or the personality-less object of some man’s affections,” he said.

Watch the new trailer above and see the new post below. 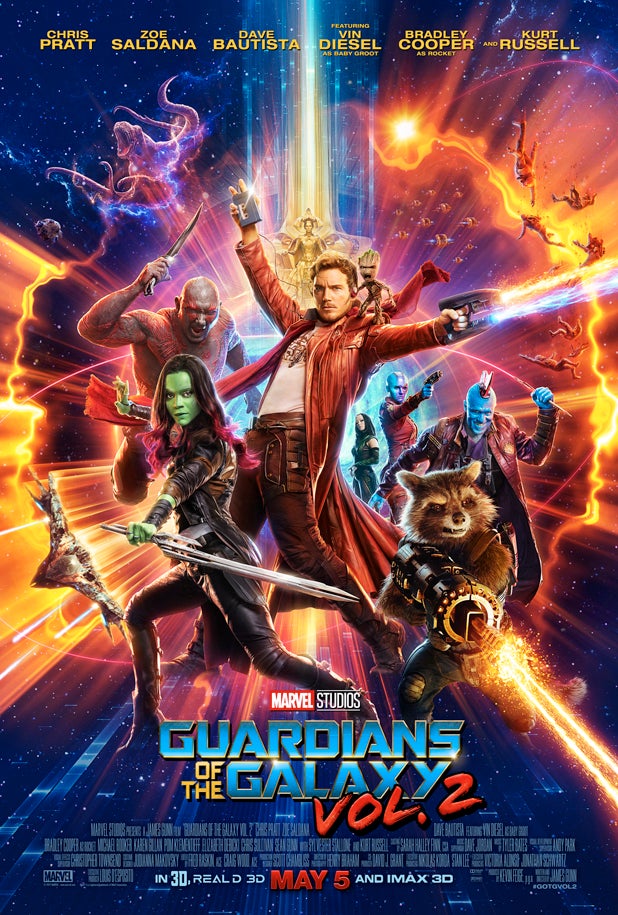