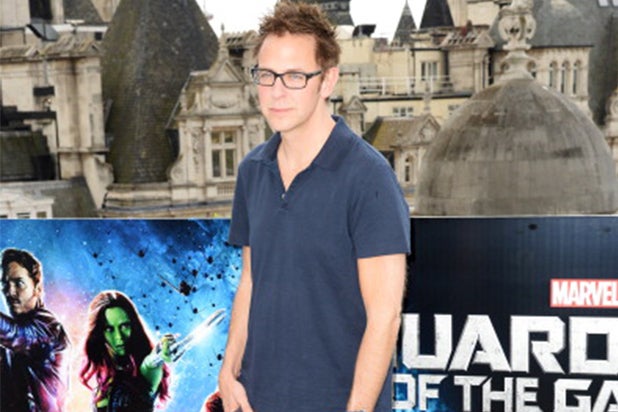 James Gunn, director of last year’s highest-grossing movie, “Guardians of the Galaxy,” took to Facebook Thursday to vent his frustration over slights by Oscar voters of “The LEGO Movie” and “Foxcatcher.”

Calling the animated movie “one of the best films of the year,” Gunn said, “‘The LEGO Movie’ was flat out snubbed.” “LEGO” failed to receive a nomination for Best Animated Film, prompting a clever response from its director, Phil Lord.

Taking a shot at the age of the average Academy voter, Gunn mused, “Perhaps the Tinkertoy Movie or the Erector Set Film would have fared better.”

Gunn’s wrath wasn’t reserved only for “The LEGO Movie.” Perplexed by “Foxcatcher’s” nomination in the Best Director category but not Best Picture, he observed, “The director has creative control of a film … although there are some great films made without great directors, it is impossible to distinguish that without being on the inside.”

He also bristled at the lack of recognition received by his own production. After celebrating “Guardians'” nominations for Visual Effects and Makeup, Gunn said his costume designer, production designer and sound team “were snubbed as badly as anyone.” Capitalizing on the movie’s commercial success, Gunn snarked, “I suppose they’ll just have to be happy having made a film seen by more people than have seen all seven of the Best Film nominees combined.”

Disagreements with the Academy’s choices extended to Jake Gyllenhaal and Amy Adams, whom he thought deserved nominations for “Nightcrawler” and “Big Eyes,” respectively, and to Damien Chazelle, writer-director of “Whiplash,” which Gunn called “one of the greatest film accomplishments of 2014.”

But Gunn wasn’t all hellfire and brimstone. He handed out a “whoo hoo” to Bradley Cooper, the voice of Rocket Raccoon in “Guardians,” for his Best Actor bid, asserting that his performance “blew me away in ‘American Sniper.'”

Ultimately, Gunn acknowledged that much of the outrage over the Academy’s selections is excessive. He concluded by conceding that Oscars voters are merely human, and “should have the right to not vote for whomever they want … besides ‘The LEGO Movie.’ I mean, that’s just fu*king ridiculous.”