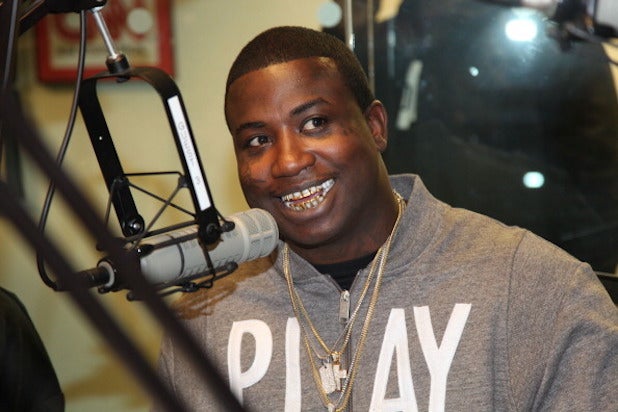 Rapper Gucci Mane hit us with a page from Beyoncé’s playbook on Friday, unexpectedly dropping (the appropriately titled) “First Day Out Tha Feds” a day after his release from prison on a federal firearms sentence.

The rapper, real Radric Davis, has released multiple projects from inside the prison’s walls before, but this track speaks volumes on the hip-hop artist’s troubled life — while mirroring many Americans’ lives. Violence seems to follow him so much that it’s become routine.

The first few lines of the song read:

Wake up and take a piss, I hear ‘em sharpening knives
Main focus every day is make it out here alive

Listen to this man, y’all. He is hearing guns being loaded, knives sharpened and he’s unbothered, literally just going about his daily routine.

The beat remains constant throughout the track, so the audience focuses on the words Gucci Mane is saying rather than being distracted by a myriad of sound effects. If you listen closely, you can even hear a knife being sharpened in the background.

The lyrics are definitely personal to the rapper’s life. In 2005, he was attacked by three men who stormed into an apartment where he was staying, netting Mane murder charges that were eventually dropped. This isn’t the first time the hip-hop artist was the target of an assault, and he’s saying that this type of drama in his life has become too commonplace for him to pay it much mind.

Although the lyrics apply directly to Gucci Mane’s life, he could be alluding to a reality that is all too real for many people across the U.S.

There are people, kids even, whose main concern is to make it to school or work and back alive. “Barbershop: The Next Cut,” just released last month, depicted what it’s like to live and work in an area overrun by gang violence.

Catching a bullet on the way to school or having to cross dangerous neighborhoods to get home are only a couple of the obstacles some people have to face. This is the life of some Americans that becomes so normalized it isn’t even viewed as unusual anymore.

According to a tweet by Gucci Mane’s record label, “First Day Out Tha Feds” will be followed by the release of an album titled “Gucci Free.” You can listen to the track here.

Produced by Mike Will Made It, it is trending on Twitter with over 19,000 tweets at the time of this writing.