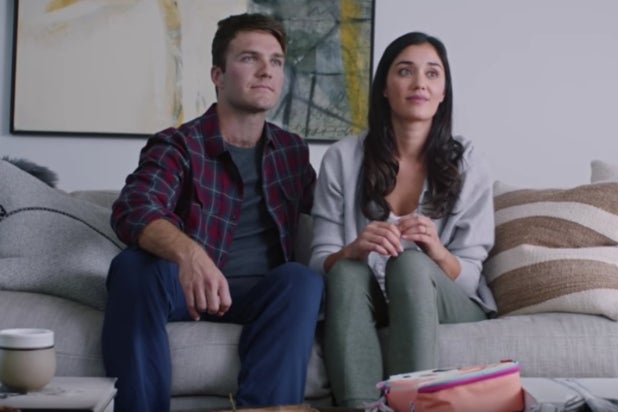 Will the second time be the charm for “Peloton Husband?”

Just weeks after finding fame from the infamous viral ad for the stationary bikes, actor Sean Hunter announced that he got his real-life girlfriend a Peloton for Christmas.

“Here’s hoping this goes over better the second time…. Merry Christmas to my actual girlfriend (pls don’t leave me),” Hunter said in an Instagram post on Christmas Day, which you can see below.

Hunter’s ironic gift comes just weeks after national outcry over the Peloton ad in which he plays the non-speaking role of a husband who buys his wife a Peloton bike for Christmas. The storyline follows the wife as she documents a year’s worth of using the bike via selfie videos. At the end, she and her husband sit down on the couch to view her entire selfie journey on TV, and then she thanks him for changing her life.

The spot began running in early November, and started gaining traction during the Thanksgiving holiday week, leading to intense online backlash for what many called “cringeworthy” and sexist elements.

Hunter himself spoke out about the backlash a few weeks ago in an interview with Psychology Today, in which he expressed fears that he might face “repercussions” over the commercial, and that he’ll have trouble booking more commercial jobs after getting so much negative feedback online.

Also Read: Ryan Reynolds Explains How He Got the 'Peloton Girl' for His Gin Ad (Video)

He seems to be OK with being known as the Peloton Husband now — and from the limited perspective of his Instagram post, his girlfriend seems okay with getting a Peloton for Christmas.

Here’s hoping this goes over better the second time…. Merry Christmas to my actual girlfriend (pls don’t leave me)????????

Some members of the film industry have spoken out against Worst lists in recent years, deriding them as being merely snarky and negative. But I think they’re part of the yin and yang of good movies and terrible ones, laudatory criticism and constructive criticism. If, as a creator, you’re going to revere and appreciate a good review, then you also have to acknowledge that a negative review has equal merit. And without exploring our mistakes, we are doomed to make them again and again. Here’s hoping we don’t get a repeat of these low points of the year just past: