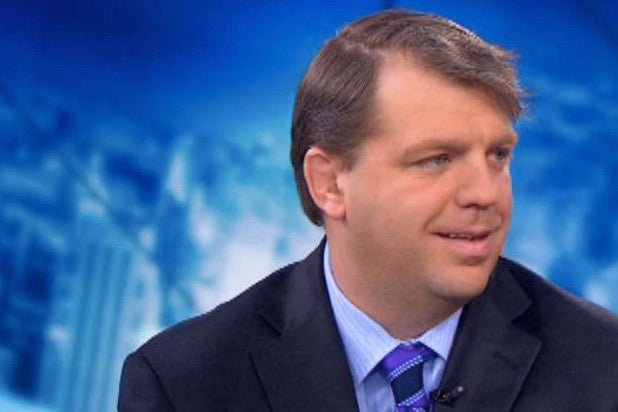 In a major media shake-up, Guggenheim Partners, along with multiple other investors, has spun off The Hollywood Reporter, Billboard Magazine, Adweek, Dick Clark Productions and Mediabistro to Guggenheim president Todd Boehly, who now owns a controlling interest in them all, TheWrap has exclusively learned.

The properties will be split into three companies: THRB featuring The Hollywood Reporter and Billboard; Mediabistro featuring Adweek, the Clio Awards and an array of niche sites like TVNewser; and Dick Clark Productions as its own company.

Boehly owns a controlling interest in all three companies while Guggenheim no longer owns any.

Terms of the deal were not disclosed. Boehly is in the process of moving from president of Guggenheim to a smaller role on the company’s executive council.

The investment-banking heavyweight, who also co-owns the Los Angeles Dodgers, will try and shrink the company’s annual losses, which currently range from $25 million to $30 million, down to $20 million, according to two individuals familiar with the company.

Those losses are comparable to those at Newsweek, which bled the same amount when it was bought from The Washington Post in 2010.

Boehly disputed those numbers to TheWrap, countering that the properties’ annual losses are now in the “single digit millions.”

In March, Guggenheim acknowledged that Boehly had eyes on forming his own company, but cautioned that any new company would be “harmonious with Guggenheim” since Boehly’s role was “strategic and transaction-oriented, rather than working in or managing any of our day-to-day businesses.”

Guggenheim’s spin-off of its trade publications and award shows is a signal of defeat two years after the financial services firm created Guggenheim Digital Media in 2013 with the intention of acquiring new media companies to expand its portfolio.

But former Yahoo CEO Ross Levinsohn left the company last year after just a year and a half.

As TheWrap reported last year, The Hollywood Reporter, the crown jewel of the spun-off publications, lost $6 million in 2013, which isn’t a small amount considering it was making $15 million. At the time, a spokesman for Guggenheim told TheWrap,”THR is not responsible for losses.” Executives with knowledge of the company’s finances say the overall losses have mounted as high as $30 million annually.

In May of 2014, Guggenheim’s Prometheus Global Media acquired Mediabistro’s suite of editorial assets, which include popular niche sites TVNewser, TVSpy and PRNewser.com along with its popular industry jobs board.

Billboard.com has been a bright spot for Guggenheim, a hedge fund. Since taking over as co-president last year, Janice Min has sparked a traffic surge; the site broke its traffic record in October, 2014 with 13 million unique visitors.

The decision by Guggenheim to rid itself of its high-profile publications reflects the industry trend of magazines and accompanying websites fighting for survival as print advertising continues to fade while fierce digital competition for audience, pageviews and sponsors increases.