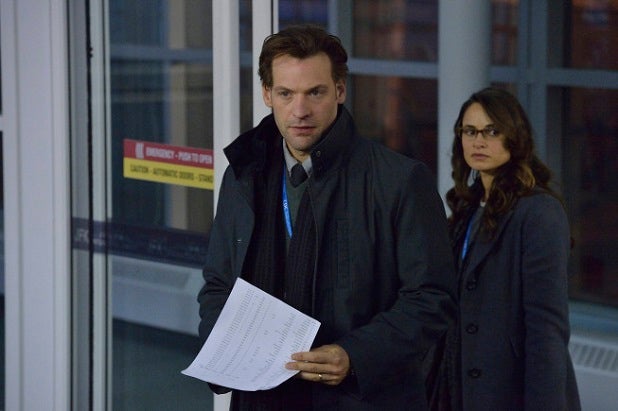 The Television Critics Association panel on FX’s new drama “The Strain,” about a mysterious strain of vampirism that invades New York City, touched on a number of scary topics, but one of the more amusing moments of the discussion occurred when series co-creator Guillermo del Toro described how vampires treat their victims just like a package of Capri Sun.

Responding to a question about how the vampires are introduced in the series’ pilot, the filmmaker, who directed the first episode of the series, dropped his beverage-related comparison.

Also read: ‘The Bridge’ Showrunner Explains the ‘Most Scary Thing’ They’ve Done With the Show

“I think it was important in the first episode so you knew … you need to see the first feeding and see the vampire like you would drink a little box of Capri Sun,” del Toro said. “What do you with a Capri Sun? You don’t drink it and say, ‘Now I will give you my love forever'; you crush it and throw it away.”

How the series compares to the books it’s based on was a prominent topic of the panel. The show’s producers addressed the dilemma of people who’ve read the books thinking that they know where the series is headed — and sharing upcoming storylines on the internet.

Both del Toro and showrunner Carlton Cuse said that the series takes frequent detours from the book, with some highlights arriving earlier, other much later and some not at all.

“[W]e will get there in a much more baroque way [than the books do],” del Toro offered.

“If you read the books and think that’s the way its going to happen on the show, then you’re wrong,” Cuse added.